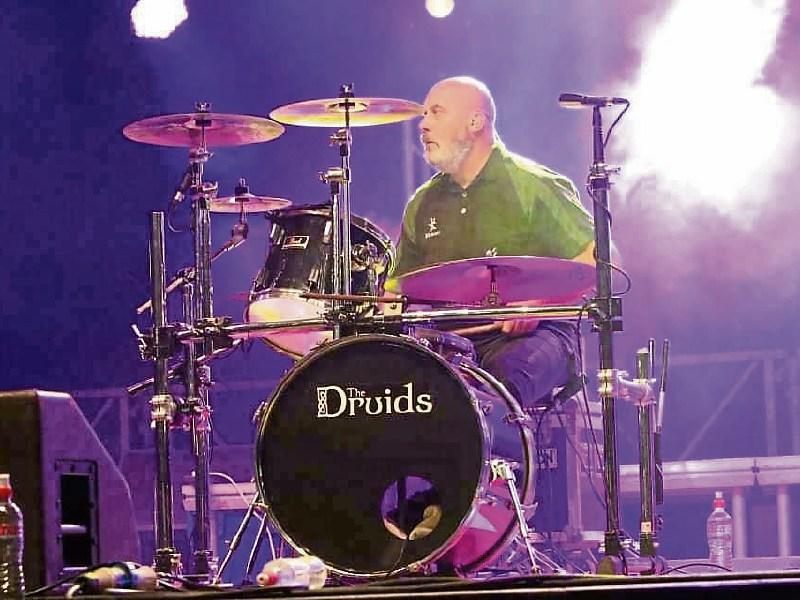 Top folk band The Druids have bounced back after the pandemic and are raring to go with two hometown gigs in Naas in a few weeks.

The band is made up of Zak Moran and Denis Moran from Robertstown, Gary Lawlor from Clane and Mick O’Brien from Ballycanew, Co Wexford.

Their new studio album has been finished and is ready for release early next year when a nationwide tour will kick off.

Gary said: “Since the lockdown, we have put in huge graft behind the scenes to master a new sound and refresh the bands music.

“Music has been our life for so long, the lockdown motivated us to cherish the day we would return to the stage.

“Some perforances online kept our spirits up. The passion never leaves you once you’ve been bitten by the bug of music.

“There was times we thought, will this ever end, why have we been forgotten about?

“But this only strengthened our desire to return bigger and better than ever before.

“The emotion of returning is something we can’t wait to feel.”

The Druids are looking forward to returning to the stage and have two big hometown shows at the Moat Theatre in Naas on Friday and Saturday, November 5 and 6.

Tickets are on sale via The Moat Theatre website and at the box office.

Gary added: “We also have another local show in Judge Roy Beans Newbridge Saturday, December 4 which again is like a hometown Kildare gig.

“It’s great to play local, we love coming back and rocking out with our own. They are the ones who gave us the hope and drive to succeed.

“We also are happy to announce that our brand new studio album has been completed and will be released in early 2022. This will showcase the talents and new sounds of The Druids.

The diary is filling with some other shows scattered across Ireland. The band will take in venues in Cork City, Carrick on Shannon, Tullamore, Cavan and Wexford.”