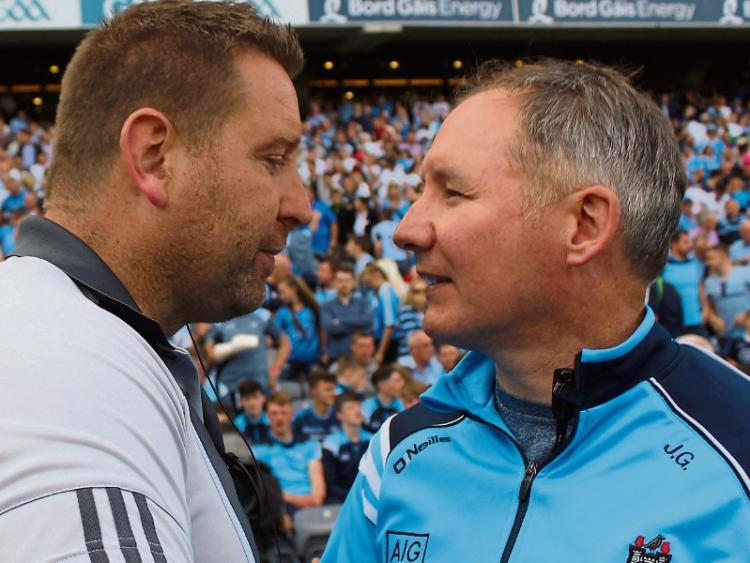 The support that rounded full-square behind Two Mile House native Adam Burke after the footballer suffered a stroke was remarkable and uplifting for the widespread goodwill it garnered, locally and nationally.

Standing in south-west London pub beside a load of Dubs watching Kildare man Kevin Feely’s glue-like hands field almost every ball around centre-field in the summer’s Leinster final. I can’t remember the last time I heard neutrals and Dublin fans gushing with praise for a Kildare performance of real individual quality and for a few, fleeting, second-half minutes Kildare supporters dared to dream.

Story with most staying power

The Naas Shopping Centre. Not only has it become part of the landscape but it’s become a seemingly endless running news story.

Even efforts in the summer to burn it to the ground failed.

Try and make sense of this — throughout 2017, the Irish government continued to spend money promoting ‘Ireland’s Ancient East’ as a tourist trail and, in conjunction with this, Kildare County Council actively sought out ideas to promote historical sites in the county.

Only, that same council facilitates the continued destruction of the Hill of Allen through quarrying.

Steeped in mythology and history, the site is arguably one of the iconic ancient sites not just in the east but in Ireland, possibly the Celtic isles.

The Curragh plains, for similar historical reasons to those listed above, and because those with influence don’t appear moved to protect it from fly-tipping and dumping.

The end of more eras

There have been many, but two that resonated for personal reasons were news of the closures of Donegan’s on the Newbridge Road and Mattimoes, a shop that once anchored the centre of Naas town.

At what stage of death is Naas town centre as a retail entity?

There have been high profile closures like those listed in the previous entry but there has been some notable retail renewals around the Fair Green, an expansion is planned for Swan's, a new retail centre on the site of the old Superquinn and even talks of another chipper for Poplar Square.

Personally, I’m not so sure how I feel about a new lease of retail life being sired by a donar kebab, but any new business opening is to be welcomed.

Moorefield and Naas traders — both in possession of a bottomless reserve of fight, though I can’t think of a retail equivalent of Moorefield talisman Roli Sweeney.

And the even more remarkable rise of Carnalway’s Dennis Hogan. The Australia based junior middleweight is now in the frame for a second World Title shot.

These are just a selection of some of the personalities from Kildare propelling Irish sport onto a higher plain.

Brexit style issue of the year

To cycle lane or not to cycle lane? In Naas, at times, this story has read almost as divisive as the ‘Remain’ and ‘Leave’ Europe camps that have bickered their way to the point of incoherence in England.

I don’t quite understand where they are at in Naas either!

The online-hysteria that arrived in May with news the Naas Ball had been stolen and last spotted leaving town on the back of a flat bed lorry.

There’s been better stories of local fake news in the year that term became a fixture. But then at the same time, The Naas Ball has assumed an almost looming, Trump-like profile.

Conor McGregor in Nando’s Newbridge: From fighting Floyd Mayweather in the T-Mobile Arena in Las Vegas in front of a zillion pay-per-viewers, to fixing his focus on a half-chicken dinner, Liffeyside, this must have felt like a curious change of pace for the ‘Notorious’ one.

The closure of the great Grosvenor Arms in London’s Earlsfield.

A Ballymore Eustace-run boozer, with no televisions, a log fire and a great landlord, the Grosvenor offered sanctuary, sanity and temporary lodgings during building works on my home in April 2016. One of London’s few Kildare boltholes will be sorely missed.

Robert Mulhern is a London based journalist contracted to RTE's The Documentary on One.  To contact our columnist, email mulhernrobert@hotmail.com