When Kildare men were kings of English rugby 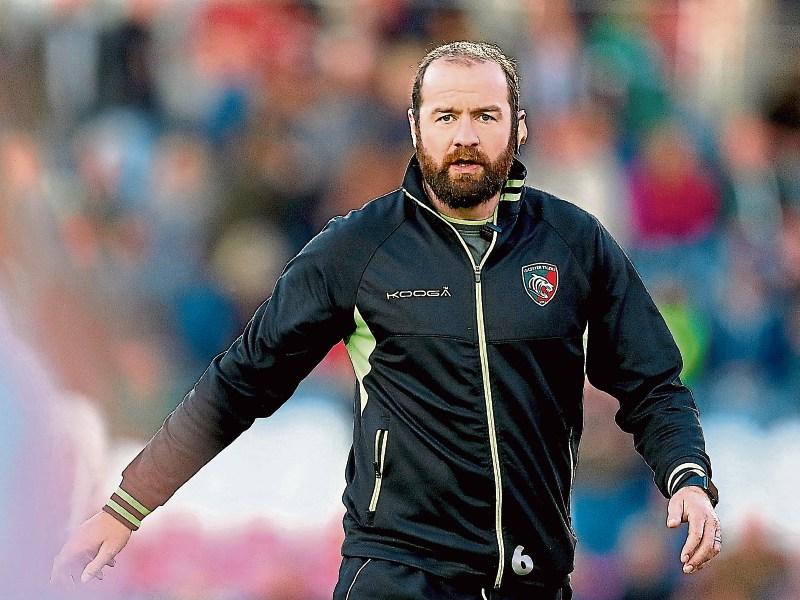 I used to see the former Irish international rugby player Bob Casey on the plane to London.

At 6ft 8in and nearly 19 stones, the seat of a commercial airliner always looked a tighter fit than the scrum in London Irish and he was club captain down in Sunbury-on-Thames then.

I knew him as a name and his stature was such he was unmissable by sight.

Bob Casey always felt more a product of North Kildare rugby club and Maynooth than his billing as a former student of Blackrock College allowed, and the BBC sometimes listed his home as Dublin.

He shared an era with Geordan Murphy from Naas, who in 2008 was named the captain of Leicester Tigers rugby club.

The English club rugby season resumed a few weeks ago and I thought about Casey and Murphy, and one afternoon in 2009 when they led the sport’s marquee event in Twickenham.

I remember their shared roles and nationality being billed as significant in the English press, but then, and now, it felt like a significant moment in Kildare sport which passed most people by.

The two club captains of English rugby’s showpiece event were both thirty-something sportsmen of this parish — Casey a one-time hurler, Murphy, a one-time Gaelic footballer.

I had arrived in London a full year before the afternoon they met on the half-way line in Twickenham.

And I remember riding the Tube in central London and noticing people everywhere wearing the rugby jerseys of Leicester Tigers, who on that afternoon were playing London Wasps in the season finale.

Usually London absorbs these occasions to the point they go unnoticed.

But it was obvious an event was taking place, and later, I learned that nearly 82,000 people attended that day’s final in Twickenham.

The game also had the feel of something bigger than just a sporting event.

I had followed English rugby in patches without ever really considering rugby’s elevated place, not only British sport, but within the tier of British society propped up by Oxford, Cambridge and the business class.

So a year later, it felt like a coup of sorts that two Kildare sportsmen would walk onto that same pitch as captains and headline this most English of days in Twickenham.

One captain from Maynooth, the other from Naas — both of whom grew up beyond Britain’s establishment, playing on the same mucky fields we all did but now colliding at the epicentre of British rugby.

I was sent to that game as a reporter, and had a back-context on Bob Casey that was indelibly linked with Ger Brennan from Hollywood Park.

The latter once turned Casey upside down in a much celebrated tackle during a Naas versus North Kildare U14s match in the early 1990s.

Well, it was a big deal at the time.

And Murphy’s greatness was always destined to outgrow those same mucky fields and into this kind of occasion.

Even still, though, there was something surreal about the match day programme being clutched by the thousands streaming into Twickenham and bearing the glossy image of this Kildare twosome grasping a handle each of the big silver cup.

That was always going to be the highlight, and Leicester won the final by a precious point.

Afterwards, Casey slipped away and eventually into the role of chief executive at London Irish and Geordan Murphy graduated to a coaching role in Leicester he still holds.

But not before both dialled back on the glitz of the afternoon with an unaffected air so casual during the aftermath press conference that it could have been the clubhouse in Naas, or old bar in North Kildare.

You could have been forgiven for thinking this moment in Kildare sport was passing them both by too.