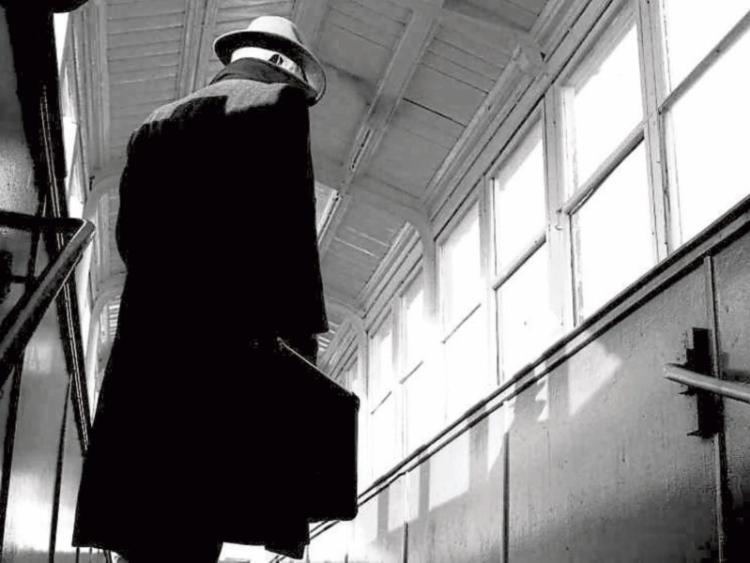 We all grew up on James Bond. Repeats of Moonraker, A View to a Kill and The Spy Who Loved Me propped up TV land in the 1980s.

But never did I imagine working on a real life spy story. That I’d be told to wait at the particular exit of a particular London Tube Station, at a particular time, to meet a former KGB agent who could help explain scarcely believable spy stories which happened just 20 miles up the road from Naas, in Dublin.

There is no tangible links to Kildare in this week’s column, just an apprehensive Kildare columnist waiting outside South Harrow Tube Station in North West London, for a former graduate of the same spy school as Vladimir Putin to arrive.

“He wasn’t known as Putin in the college,” he said soon after arriving.

“He was called Platov! Cover name! We all had cover names.”

It had taken months to track the former agent down as part of trying to tell the story of the KGB and Ireland.

This started last December with an email to an archivist of Soviet history who lived in America and who I’d googled on the
internet.

Alleged Russian interference in the US elections was all over the news then, and I had wondered whether the KGB ever figured in Ireland? If so why?And who would know?

Christmas came and went, weeks of emails travelled back and forth between London and America and eventually the lady helped set up a meeting with a Soviet defector, now living in Cambridge.

He himself was a former visitor to The White House, but when I arrived, we drank black tea in the damp sitting room of his home, where he talked freely about the KGB, the IRA and how the Russians could have lurked in the shallows off Donegal to intercept intelligence cables being sent by KGB officers working in Ireland.

“Of course,” he replied. “The KGB were on every continent except Antarctica.”

Only I didn’t end up going to Antarctica. After leaving his home in Cambridge, I went to a quiet country lane in West Cork and the home of a one-time solicitor who found himself at the centre of a Soviet espionage story in 1983.

Then, the Irish Government claimed to have exposed a KGB spy ring who were using the cover of the Stillorgan Shopping Centre, of all places, to pass information about the US military.

Jim O’Keefe was then the Minister of State in Garret Fitzgerald’s government.

And it was down to Jim to expel three Soviet diplomats from the country after the spy ring was exposed.

Then there’s the Dublin lecturer and anti-racism campaigner who managed to work his way into the power centre of the KGB in Moscow. There he saw map movements of Soviet nuclear submarines, and the course they plotted through Irish waters.

And all these emails and conversations eventually led to a meeting a middle-aged Dubliner who was poisoned by the same radioactive material that former KGB agents used to kill Alexander Litvinenko in London’s
Millennium hotel in 2006.

The man survived and has been living a quieter life in the Caribbean since the attack, but still reports into London for regular health checks.

Now, with the project all but finished, I can say that perhaps the most memorable meeting was with the former KGB agent who once worked with the highly respected First Directorate, gathering intelligence on the US during the time of Ronald Reagan.

Not to disappoint, minutes after meeting Alexander Vassiliev, he was able to tell me some of the titles I worked for and some details of what work I’d done — the Leinster Leader among them.

So finally, a direct connection between the KGB and Naas.

And a big thanks to the Leader for allowing the column to go off topic this week, in pursuit of the KGB.

Robert Mulhern’s documentary ‘Ireland and the KGB’ airs at 2pm on RTE Radio 1 on Saturday September 23.