'It's Just A Phase' with Ruth Chambers 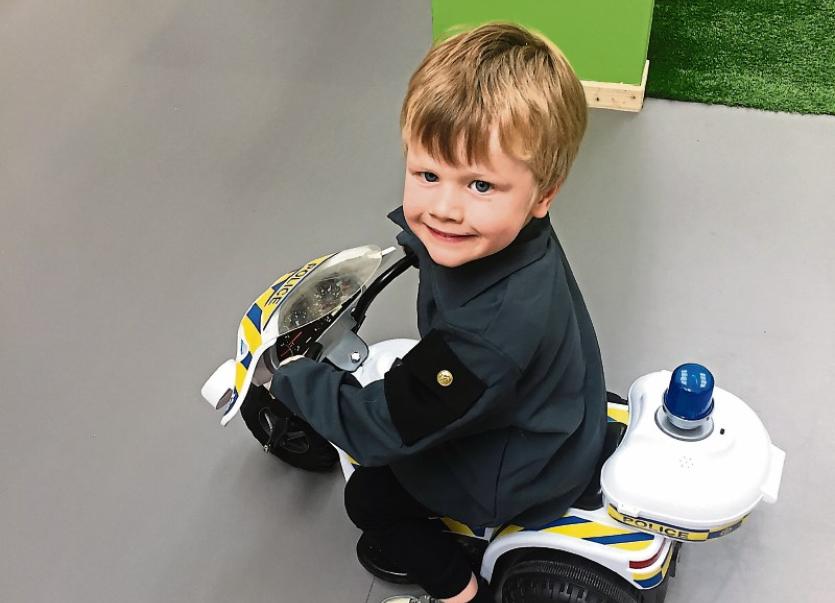 This little man broke my heart with his words last week

Ruth Chambers writes the weekly 'It's Just A Phase' column in the Leinster Leader.

I was off for the last week and a bit on annual leave. The reason being that Aidan was starting naíonra and I wanted to be there for him, to drop and collect him, during his first week. You know, just to make sure he was alright, settling in well and to be close by if he couldn’t settle.

I need not have worried, he settled. Indeed he loves his new naíonra. On Tuesday of last week I picked him up and we all came straight home.

Aidan came in the door, looked up at me with his bright blue eyes and said to me, “mammy, I love it when you don’t have work and I can come home after school”.

Well, the feeling of guilt that came over me was like a knife through my heart. I felt awful. I still do, actually.

It’s not that long ago that I wrote a column about how I actually enjoyed being a mother that works outside of the home. I wrote that I wasn’t the type of person who could handle being at home all the time. I was telling the truth, too. I enjoy my job and I like my colleagues.

However, with the kids getting older, Aidan off to big school next September and Sarah starting playschool in January, there’s a huge part of me that wants to be at home for them. I want them to come home to their own house and their own mammy after school. I want to be the one at the school gates when it comes time to collect them. I want the be the one to sit down and do their homework with them.

The last week also gave me an insight into how much more calm life would be if I wasn’t rushing to and from work. When I left Aidan to naíonra, I got to hang out one on one with Sarah. I got to do laundry, to make a dinner, to clean round the house. All normal stuff, but presently stuff I’m doing half heartedly or in a rush in the evenings after work.

READ MORE: We brought two kids to Electric Picnic... and lived to tell the tale!

When I was a child, my mother was at the school gates for me every single day. I went home to my house after school and she sat at the table with me and helped me with my homework. My mother-in-law did the same for Daddy Chambers and the rest of the Chambers gang.

Going out to work wasn’t the popular thing for women of their generation to do. Of course there were exceptions to that ‘rule’ but I know the majority of my friend’s mothers were also at home. Of course things were very different back in the 1980s and 1990s. The cost of living wasn’t as high and nor were the mortgage repayments.

And while I am now bemoaning the fact that I am a mother that works out of the home, I unfortunately don’t have a choice. We wouldn’t survive financially without my salary. That’s reality.

And then I think about the money my parents put into my education, how they paid for me to go to college and get my degree. What would it all have been for if I just packed it in?

I also think if I was to give it up would I regret it down the line when Aidan and Sarah are older, have flown the nest and aren’t as reliant on me. Not that I can give it up, mind you.

Then I think of the logistics of how it is all going to work when they are in actual school. They are picked up from the childminder’s place at 5.30pm. It’s a rush to get home and stick on a dinner and they are both usually tired and narky. Is it fair to them to then expect them to sit down and tackle homework?

I don’t want someone else doing their homework with them. I want to do it. Daddy Chambers wants to do it with them, but will we be too late?

Here I am worrying about what lies ahead yet again. It’s just my nature. There’s plenty of people that will tell me I should have had these worries before this and that I should have been at home with them when they were babies.

I can’t turn back time though. Things will continue as they are, unless we win the lottery that is!

Aidan and Sarah won’t know any different. I know all this but I don’t think I’ll ever forget Aidan’s words last week. “Mammy, I love it when you don’t have work and I can come home after school.” Those words will stick with me forever. I will forever feel guilty for not being able to bring him home after school. Reality sucks sometimes!