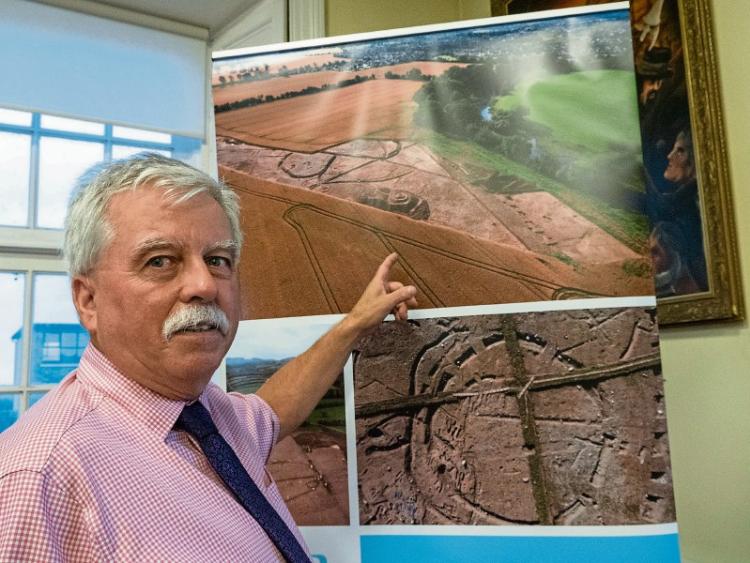 It occured to me a few years ago, that there is a terrible tendency for many of us to forget that we’re not the first generation to have walked the earth — to somehow think that we, and we alone know everything, have discovered everything and that very little of note ever occured before we were all born sometime in the last 100 years. This, of course, is patent nonsense.

In fact it is understood by archaeologists that humans first arrived in Ireland 12,000 years ago.

None of our history books, or our frame of reference goes back that far.

Western society tends to understand our history in terms of the Judeo-Christian narrative. We know a good bit about the last 2,000 years, and a little bit from before then.

The oldest thing we know of, Newgrange, is ‘only’ 5,000 years old. And lets face it, they weren’t living in the trees then.

With its chamber that can be lit by the sun at dawn on the shortest day of the year, it was clearly an extraordinary piece of civil engineering.

In recent times we’ve decided to build a bypass of Sallins, because the small village has become clogged with traffic, most of which is not bound for Sallins.

And the Monread area, which is where a lot of people live, has also become clogged with traffic, many of whom have no intention of stopping there.

So the obvious thing was to build a bypass that would take cars coming from Clane, Prosperous, Straffan and Kilcock etc and divert them away from the village towards the motorway which is, lets face, where many of them are going anyway.

It made sense — there’s only oul’ fields out there on the Clane side of Sallins.

Thankfully anytime a new project like this is proposed, the relevant authorities call in archaeologists, who do a a series of test trenches to see if there’s anything of our past lurking underfoot.

And sure enough there was. This came as no great surprise to the archaeologists who do this kind of thing all the time.

In fact, I learned afterwards that they were surprised not to find more pre-historic items.

They discovered a number of things — like old and forgotten roadways, and the remains of what looks like a settlement on the banks of the Liffey, and evidence of significant smelting and kilns.

It’s what they call rural industry, and by the looks of it, it was quite industrious.

In one of the kilns were the remains of a dog.

They believe it was what, in medieval times was called a slaughter, or guard, dog, and as such, is probably the biggest ever found.

I first came across all this in a listing for a talk that was going to take place during Heritage Week, which was the week before last.

I rang the number given and Noel Dunne, who is a Transport Infrastructure Ireland archaeologist answered.

He provided me with loads of pictures and information on what they found and I posted it on our website, honestly thinking that it would attrract the attention of no more than a handful of history buffs, like the historian and writer Liam Kenny, a great friend of this parish.

Turns out there’s huge interest in what lies beneath our feet — far more than I thought. It is one of the most popular stories on our website this year!