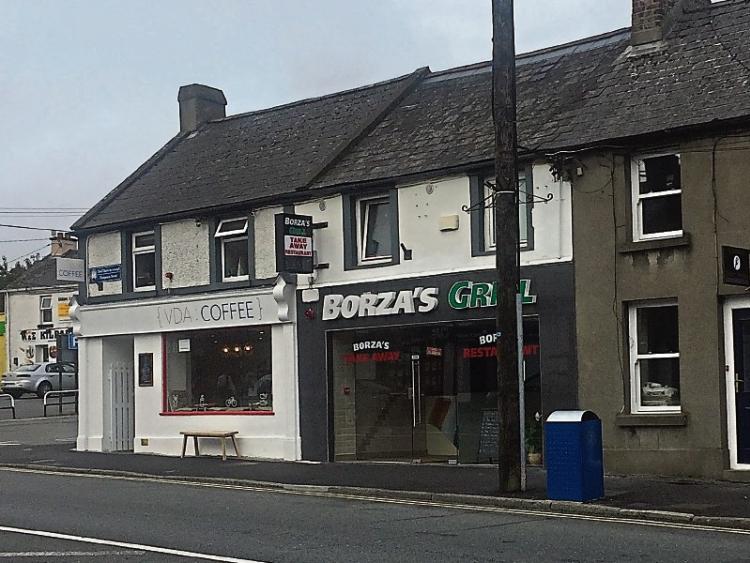 I read some weeks ago that Clint Eastwood was dead. He’s wasn’t. But reports of his passing did a decent tour of the world before Clint came back from the dead to dispel the rumours.

It’s like the writer Mark Twain who famously responded to an obituary about his life by reappearing to declare that reports of his demise had been greatly exaggerated.

The same might be said for the site of The Ivy Inn in Naas, and maybe even the demise of Main Street itself.

I had been planning to write an ode to The Ivy Inn. It was going to be yet another column celebrating the passing of yet another local institution that once made Naas what it no longer is.

READ MORE MULHERN: Swapping my house for the Bauhaus every Sunday

I’d a heavy list of late raucous nights, Punchestown drinking blitzes, how the floor staff cornered the town’s table-service market, and much more lost forever to another ‘closed’ sign.

The column was set to chime with declarations of the town’s death and what hardy traders were left in this apocalyptic land would soon be be chased out by our never-to-be-finished-shopping-centre.

Then came the news that 33 South Main Street is about to open up on the site of the old Ivy — whose blood was about as cold as Clint’s in fairness — and I had to pull a U-turn. On the same internet where I read about Eastwood and Twain, I read how the old Ivy beer taps were going to pull craft beers and how the owners planned on serving carefully prepared cuisine, not the dinners we used to dive into.

It’s not just 33 South Main Street that has checked my perception of the town’s decline, but the reappearance of Borza’s Takeaway, formerly the Capri Grill 2, and once the home of the Sausage-Chip-and-Can student-special made great by the Yankee Express.

And there’s a new coffee shop called VDA in what used to be Finan’s Corner Shop there, way back when you could buy orange ‘Champion’ footballs peddled by a talking parrot plugged in out front.

I thought about the change when I was double parked outside on a recent trip home, and concluded how this column’s long lament about decline of the Naas Main Street was somewhat at odds with the renewal of New Row.

Because boards have been taken from windows, branded with names and placed above the doors of shops that never looked like they’d be shops again. Ever!

This isn’t a major sea-change in the fortunes of the town. In recent months Donegan’s Electrical on the Newbridge Road announced they’re closing, Donal’s did close. Ditto Mattimoes.

And McDonald’s declared that they were planning to flip their last burger.

But not everywhere is closing, and in the face of job losses and bad press, the renewal of New Row is the kind of minor economic triumph that would be labelled major if Donald Trump were mayor.

In recent years, the beating heart of the south end of south Main Street has been Swan’s on the Fairgreen, and they’ve traded so successfully through the decline that planning permission has been granted for an expansion.

It’s yet another significant victory. And I nearly forgot how my new favourite chipper — Giulios — bucked the trend of closing doors and KFC culture to open a take-away on the Fair Green.

Of course it’s still not possible to buy a newspaper, a litre of milk or a packet of fags anywhere but a petrol station, after 10pm.

And when once Naas was a harem of newsagents, now it feels like you can’t walk 20 paces without smelling coffee beans from some flung corners of the world.

This column, like the town itself, isn’t on the cusp of a complete about turn.

Rates are still high enough to have many established businesses on the run, online retailers have changed the way we shop, and business parks have become weekend recreation centres rather than the Main Street.

But against this backdrop of decline, the town is changing and in places renewing.

This in spite of questionable planning decisions, in spite of the rates, in spite of our own lack of support for local shops, there’s still a lot of living in this dying landscape. Now that I think of it, didn’t Clint Eastwood say something like that in The Outlaw Josey Wales!