We brought two kids to Electric Picnic... and lived to tell the tale! 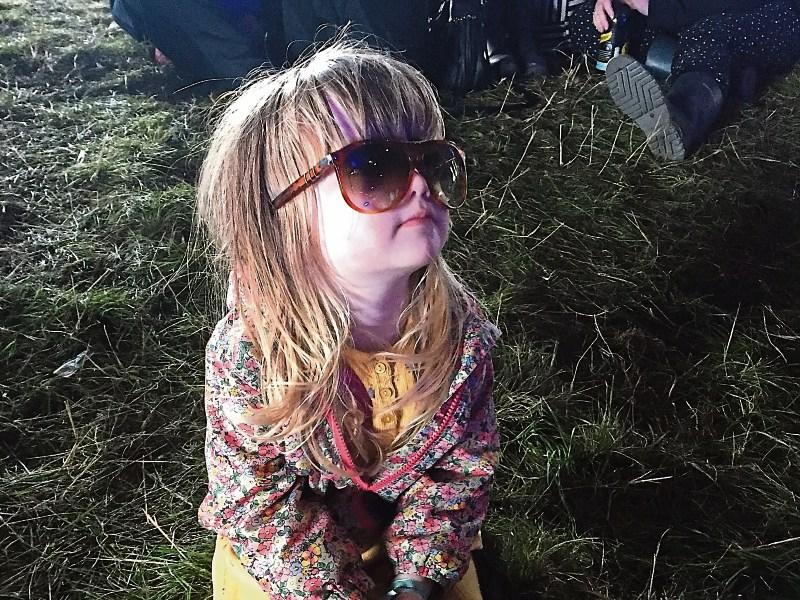 I scoured Done Deal and Adverts.ie on Wednesday and eventually came across two affordable family camping weekend tickets for the Stradbally Festival. We handed over our hard-earned cash and Daddy Chambers took the four-man tent down from the attic. We have never once camped with the kids — in fact I’m almost sure the last time the tent saw the light of day was for the same festival way back in 2010.

I’m the impulsive type, and I reckon if I fully thought about taking Aidan and Sarah to Electric Picnic, I wouldn’t do it. Last Friday, however, we picked Aidan up from Naíonra pointed the car in the direction of Laois and were there just 40 minutes after leaving Newbridge.

For some strange reason we weren’t allowed to drive in near the family campsite, so Daddy Chambers had to dump the three of us out, along with all the gear, and he then headed off to park the car.

When he returned we lugged in our stuff, picked our spot and got to pitching the tent. The weather on Friday was glorious so we had the tent pitched in about 20 minutes, the kids were in mighty form and we all looked forward to a weekend to remember.

We wandered out onto the festival site as soon as we could, and the kids couldn’t believe their eyes when the first place they met was the Soulkids area. It’s reserved only for families and was a huge hit with Aidan and Sarah. There was all sorts to keep them entertained. Over the course of the weekend, they had ukelele lessons, ballet lessons, tried their hands at juggling, spun some plates, made crowns out of flowers, played giant Connect Four, hung out in the sand pit, went on a nature walk and had their faces painted. Soulkids is obviously something I hadn’t experienced when I went to the Picnic solo in the past but it’s superb for the kids and was definitely one of the highlights for our two.

I must admit I was slightly nervous about what would greet us when we headed into the main festival site. Apart from a load of young ones wearing next to nothing, the sights were great on Friday afternoon and evening. We hung out in the JustEat.ie man-made beach, had a lovely pizza for dinner and even got to get in some music. The kids were in awe at it all; the massive tents caught Aidan’s eye, while Sarah was giddy with excitement when she noticed there was an ice-cream van on every corner we passed.

I’m very much one for keeping the kids in routine but I let it go a bit at the weekend, but was very conscious of expecting too much from them too. They watched Little Hours and Hudson Taylor on the main stage and even let us go see Young Fathers on the Electric Arena stage but that is as much as we got out of them. We headed back to the campsite to see how our first ever night camping with the kids would go.

The site itself was lovely. It had real toilets, not portaloos, showers and food vans. It was quiet and the residents weren’t partying. Remarkably Aidan and Sarah went to sleep easier in the tent than they do at home. They were out cold in a matter of minutes and both slept right through until 7am. I actually couldn’t believe it! I managed to escape after that to meet up with friends and see London Grammar on the main stage, while after that I took over the babysitting and Daddy Chambers went rambling. It was absolutely Baltic on Friday night and I struggled to sleep but I was just relieved that the kids did.

On Saturday morning the kids loved the novelty of washing their teeth with the masses and got a great giggle about everyone walking around in their pajamas. We ate crepes for breakfast before heading into the madness again.

We treated them to a few rides of the hurdy gurdies. They went on the bumper cars, the massive ferris wheel and the old time carousel. We went to another Morning Gloryville rave, chilled out by a fire in the Body and Soul area and watched Keywest on the Main Stage.

In the evening both kids watched a full set from The Riptide Movement on our shoulders. Aidan recognised some of their songs from the radio and it really helped that the band released massive balloons during their set. After that we caught Madness on the Main Stage but then came the rain. On went the wet gear but it was much heavier than forecast so we headed back to the tent for some shelter.

The kids were wiped after all the walking and fell asleep pretty much straight away, I got out to see All Tvvins but was exhausted so headed back and slept in beside Sarah in one end of the tent.

On Sunday myself and Sarah woke up as fresh as daisies but when I enquired if Daddy Chambers had a good night’s sleep, I was met with a death stare. It turns out the night was a wild one, didn’t the tent nearly blow over and the end the boys were sleeping in a flood. Myself and Sarah slept through it all!

To cheer us up with headed in to see the Dublin Gospel Choir open up proceedings on the Main Stage and they were brilliant. Despite a few showers, Sunday was a scorcher and a great way to round of the weekend. Even better was the fact that Galway won the All Ireland, a game we watched in the Newstalk tent.

And that was about it. Was it a good idea to bring the kids? Well, let's put it this way; I would have preferred to be there without the kids. However, it wasn’t as nuts as I thought it would be. Aidan and Sarah loved every minute of it, the latter in particular. Despite her tender years she walked the legs off herself and didn’t moan once. Aidan looked to be carried a lot which wasn’t a lot of fun for us but that’s really the only complaint. Oh and the tent. It would have helped if we had one that didn’t leak but it didn’t dampen our spirits that much.

Tickets aside, it was an expensive weekend but we could have saved and been more organised. In saying that, all the rides cost a fortune, so too do the ice-creams, the crepes and the pizzas and of course the few beers myself and Daddy Chambers indulged in.

In all though, I think it was a great success and if you’re reading this and thinking of bringing the kids next year, I say go for it! It’s better than not going at all!