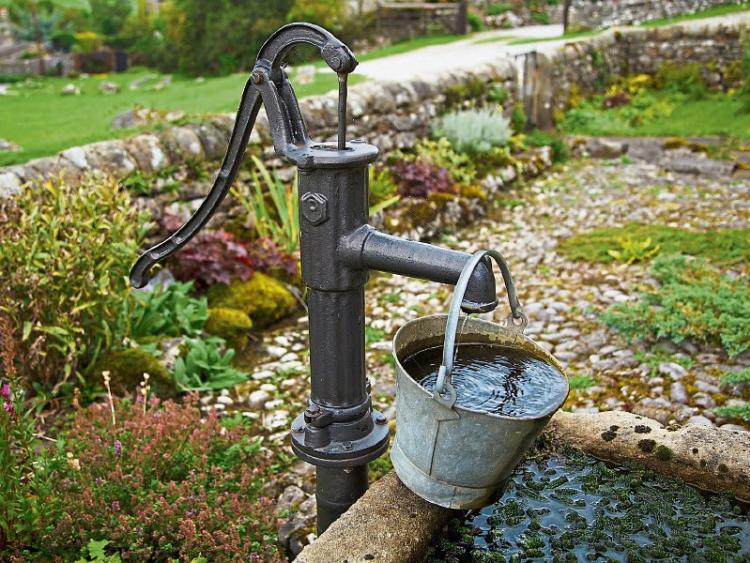 In local circles, Athgarvan village pump has been the centre of interest for some time past, the Leinster Leader reported on July 28, 1917.

When the pump was first erected by the Naas District Council, it was painted a staid and respectable red, but one morning the inhabitants awoke to find the pump had changed its colour in the night, and was now a vivid green, white and yellow, the Sinn Fein colours.

On Sunday morning last, those early astir found that the pump had once again changed colour, a bright blending of red, white and blue meeting the eye of passers-by.

A couple of hours later, when returning from first Mass, many hastened to see the new colour scheme but to their amazement found that the pump had, in the interval, assumed its original coating of red.

We understand that since Sunday, the pump has again been painted with the Sinn Fein colours.

The affair has caused much amusement locally and the utmost good humour prevails on both sides.

Meanwhile, the same issue reported in conversation with a prominent Kildare man during the week, he referred to the difficulty with which people met who were desirous of purchasing Irish manufactured goods and how hard it was to find shopkeepers to stock such goods.

Attention was drawn to this subject in these columns early this year but we regret to have to state that the evil of foreign made goods being dumped on the country is as rampant as ever throughout the county.

This is no narrow question of politics but a subject upon which all sections of the community should be as one.

A great responsibility rests on the shopkeepers in this respect.

It’s by prominently placing Irish manufactured goods before the public they can do a great deal towards helping the industrial revival movement.

At present they are not doing their duty to their country in this respect and we earnestly appeal to them to be up and doing now and see that those of the public who require Irish goods will not be compelled to go outside County Kildare to procure them.

They should be in a position to cater for the new Irish Ireland spirit which is abroad today.

The general public should also accept nothing but the Irish-made articles.

In view of the opportunities which will be afforded for industrial revival after the war the people of Ireland should prepare now so that their country will be in a position to procure a fair share of the world’s commerce in the days to come.

The people of Naas will have every sympathy with Mr M. Gogarty’s effort to procure the use of Irish coal at the Naas Union.

A contract was accepted conditionally upon the receipt of a tender for the conveyance of the coal from Naas station to the workhouse.

At Wednesdays meeting Mr O’Shea, acting clerk, stated that no tenders had been received in response to an advert. It was decided to re advertise for tenders for the conveyance of the coal.

It is to be hoped that someone will come forward in the interests of the Irish collieries and that the contract will not be allowed to fall through for want of a little local enterprise.