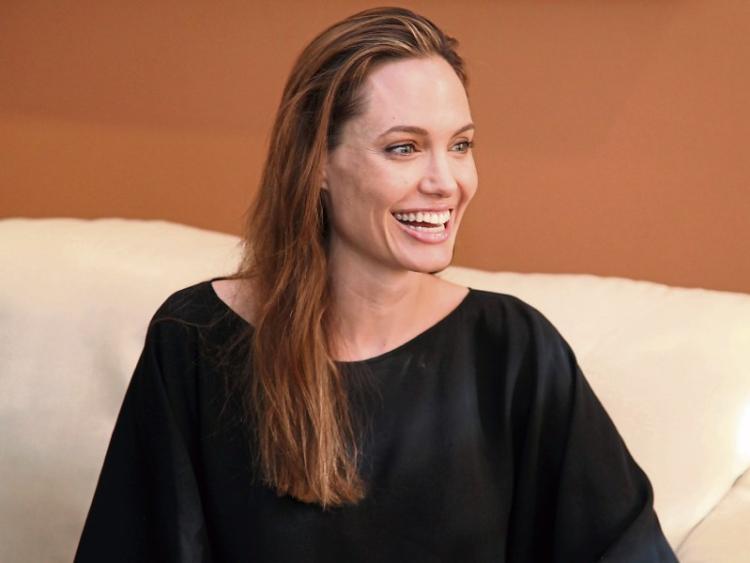 Angelina Jolie and I have a couple of things in common, as my sister pointed out during the week.

Neither of us is currently married to Brad Pitt, for one.

The leggy Hollywood movie star and United Nations special envoy (sadly two areas I’m not in the same league as the Oscar winner), revealed that she suffered the condition during an interview with Vanity Fair last week.

The mum of six attributed the onset of the neurological condition to putting her own health last, presumably in the turmoil surrounding her divorce. She credits acupuncture with aiding her recovery.

This revelation prompted a huge surge of interest in the relatively obscure ailment, and several articles explaining what causes its scary-looking symptoms, such as the muscles on one side of your face freezing and drooping.

It’s rare, and the cause is unknown, although researchers have linked it to a virus such as flu or herpes simplex. These can stop facial nerves from working properly, giving rise to the tell-tale symptoms. Unfortunately, sufferers can panic and self-misdiagnose as a stroke or something equally awful and long-lasting.

“Sometimes women in families put themselves last, until it manifests itself in their own health." https://t.co/HQAlxmnXJD

The onset of Bell’s Palsy is sudden - although you may have some earache in the days before - but for most people, it is, thankfully, a temporary condition, clearing within three months or so.

I suffered from two bouts of Bell’s Palsy, first as a child and again as a teenager.

The first struck when I was about eight years old. Around the same time, I’d picked up a horrible coldsore-like infection, which, looking back, may have triggered the Bell’s.

The upshot was that, with one occurring very quickly after the other, I spent my summertime looking like a small Irish Elephant Man.

Kids can be cruel - and curious - and I felt a bit like a circus freak at times.

Talking intelligibly was tough. I could only smile and laugh with half my face and there was lots and lots of drool involved. Eating and drinking were also fairly awkward exercises and I could just about sip through a straw.

The aforementioned sister remembers me hitting her with a book when she tried to touch my face.

The doctor prescribed a series of facial exercises to help loosen the muscles. I was told to keep pulling grimaces and gurning - nothing as posh as acupuncture existed in Newbridge in the eighties.

Unfortunately, this became a habit and, months after the Bell’s eased, I remember being told to stop pulling rude faces in class.

The second bout struck around second year of secondary school and, according to my mum, wasn’t as serious and didn’t last as long.

Nevertheless, it was embarrassing, hitting alongside the first flush of teenagerhood. The teachers were very kind and I fortunately wasn’t picked on by schoolmates as a result. Again, a combination of funny facial exercises, vigorously chewing gum and time cleared it up.

Like most Bell’s sufferers, I have had no major lasting side-effects - although I believe that the left side of my face is very slightly stiffer and slower to respond than the right side, but it’s not noticeable to the casual observer.

As a youngster, you take such things in your stride, but I can imagine it would be a frightening thing to have happen to you as an adult, particularly as the onset is so sudden and the condition, before this week, was obscure and rarely known outside the community who have suffered from it.

Indeed, I remember being introduced, a year or so after my first bout, to a pal of my dad’s who was going through it, to reassure him that his face should soon return to normal.

The important thing to remember, if you look in the mirror one morning and realise with shock that one side of your face seems frozen solid, is that it likely to be a temporary condition and you most probably won’t have any long-lasting side effects…

And at least now you, like me, will have something in common with Angie!