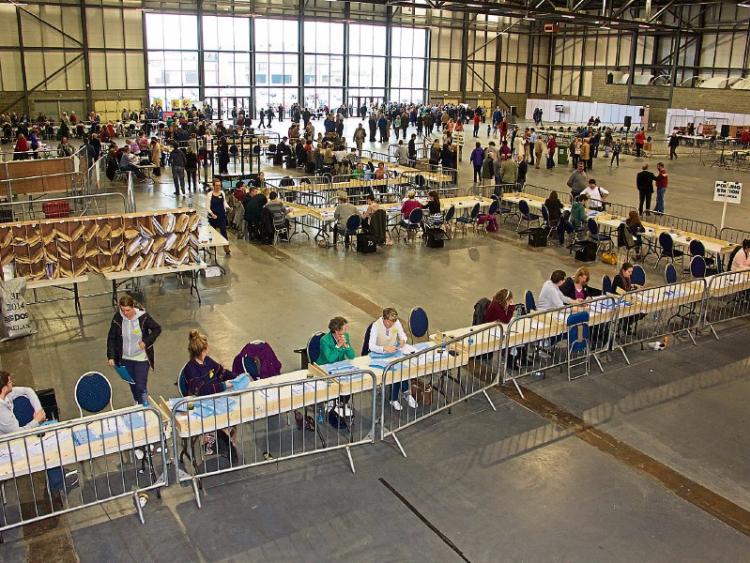 You're to blame, you lot; the great unwashed. Your lack of interest is almost criminal. The big news doing the rounds now is that the Kildare South constituency is to have one more TD. Well, break out the champagne. This is pure joy at the end of a heart's longing.

You lot couldn't give a rat's backside.

It's not that you don't get it. Some commentators suggest that the public don't underst that the voting system , if you like, underpins our democracy.

It's worse than that; we're boring you with stuff you don't need. We are cluttering your head.

If the media and politicians have one thing in common it's a failure to understood just how much indifference exists towards our politicians — TDs and councillors.

The practitioners have given them good cause. There was Charlie Haughey's and his donations; Bertie Ahern's ability to enrich himself by backing winners on the racecourse; Enda Kenny's failure to tackle the problems of the health system when compared with his enthusiasm for providing water meters which aren't read and then Shane's reopening of Stepaside garda station to address the problems caused on the crime ravaged streets of South Dublin. Most people in County Kildare couldn't name the TDs in both constituencies.

Some would struggle to name a councillor. Most, though not all, of the nine councillors representing Naas would walk the town with most folk not knowing who they are.

Ireland is well represented with TDs and councillors — in numbers that is; the quality issue is a matter for yourself. There are more (proportionately) TDs in Ireland than MPs in the UK.

If the public had a chance they'd likely halve the number of TDs in a flash.

Yet it's surely better to have a greater level of representation because it gives us more of a say. In the UK, MPs are elected to constituencies they're not from and are hardly known in. Little wonder the establishment misread the public's reaction the idea of leaving the European Union.

There was no public outcry when, prior to be last local elections, it was decided to do away with Naas Town Council and the rest of the town councils. Had we been asked to cut the number of county councillors or amalgamate county councils we'd likely have run with that too.

And yet, we wouldn't want, would we, the class divisions of the UK which are compounded when large swathes of people feel disconnected from the system, a feeling which manifests itself in opposition to what we think the Government wants. The Constituency Commission is utterly independent and has decided Kildare South should have one more TD, based on population growth recorded in the last census. The constituency has been redrawn to include part of Co. Laois around Portarlington, part of Kildare North and Offaly and part of the south Kildare area has been restored.

If the election took place tomorrow the fourth seat would likely go to Labour or Sinn Fein or maybe Fiona McLoughlin Healy as an independent.

There will, in some quarters, be speculation about the destination of the new seat. It'll be led by the media and that group of people who only surface during an election.

The rest of you couldn't care less.