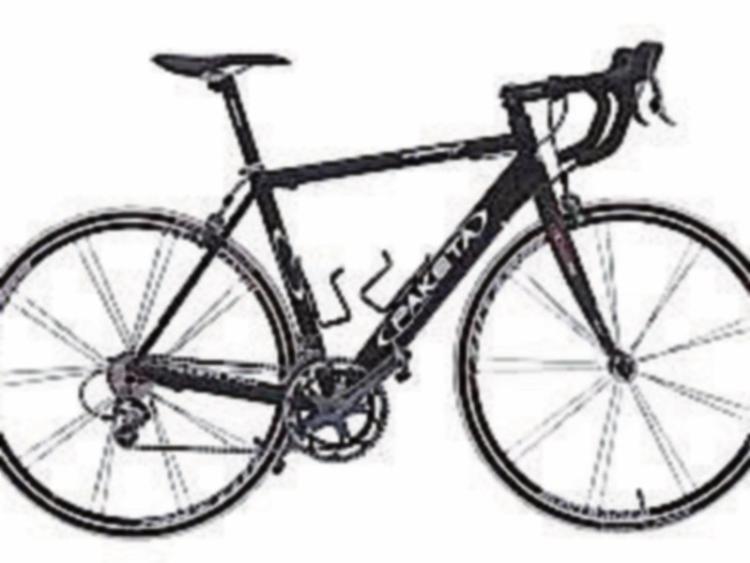 At the meeting this day last week of Naas Municipal District I was listening to Cllr Darren Scully talking about making sure that motorists would have easy access to the Naas Shopping Centre if or when it finally opened. (Unfortunately, it’s still an ‘if’).

In the same way that Whitewater has done in Newbridge, it is hoped that the shopping centre could draw people into the town and perhaps reverse the damage done by periferal retail parks.

Cllr Scully’s point initially seemed entirely sensible. We must make sure that motorists never consider the town to be so congested that they’ll steer clear of Naas — thus undermining the potential of the Shopping Centre to renew the town’s fortunes.

He saw a potential for cycling lanes, in particular the one proposed for the Kilcullen road, to be a stumbling block to the free movement of traffic to and from the Shopping Centre. He also made the point that shoppers are more likley to arrive in a car than on a bicycle.

It was hard to argue with his logic, until my eye suddenly caught, once again, the number 740 — the number of car parking spaces in the new Shopping Centre.

Assuming that few of those 740 will be occupied all day long, chances are that a multiple of 740 vehicles will use the car park every day. That’s potentially several thousand a day.

Consider Corban’s Lane and Friary Road and all of the other streets in the general vicinity of the Shopping Centre that are expected to handle that volume of traffic.

Think, in particular, of the mayhem at the Christian Brothers secondary and primary schools when students are being dropped off and picked up.

There are plans to remove Hedderman’s bridge and to widen Corban’s lane where Sarah Flood’s pub used to be — which will only serve to make the queuing a more orderly experience. Widening streets doesn’t help existing traffic get around — it invites more traffic, thus negating the intended benefit.

It occured to me that far from being a burden on the Shopping Centre traffic, the cycling lanes might just about save us.

The reality, which is now slowly being accepted worldwide, is that decreasing congestion can only be achieved by reducing the number of cars on the road, not building a greater number of roads.

That’s where the drive towards cycling and cycling lanes ultimately comes from. The truth, which is probably quite unpalatable to many, is the we need to actively encourage people out of their cars.

Even more unpalatable — the experience of other nations around the world is that in order to move people from their cars to their bikes, we need to make cycling very convenient and driving very inconvenient.

If we’re going to have an additional two or three thousand cars a day moving around the town, as seems likely if the Shopping Centre ever opens, we need to find some way to take a similar number of existing cars off the streets.

The good news — the experience elsewhere has shown that Cllr Scully is mistaken in one sense in that cyclists are far better shoppers than motorists.

Compared to those who arrive by car, they’re almost twice as likely to visit the same shops more often and almost three times as likely to spend more each time they do. The evidence clearly shows that the most sensible thing we could do is make both Naas and the Shopping Centre as cycling friendly as possible.