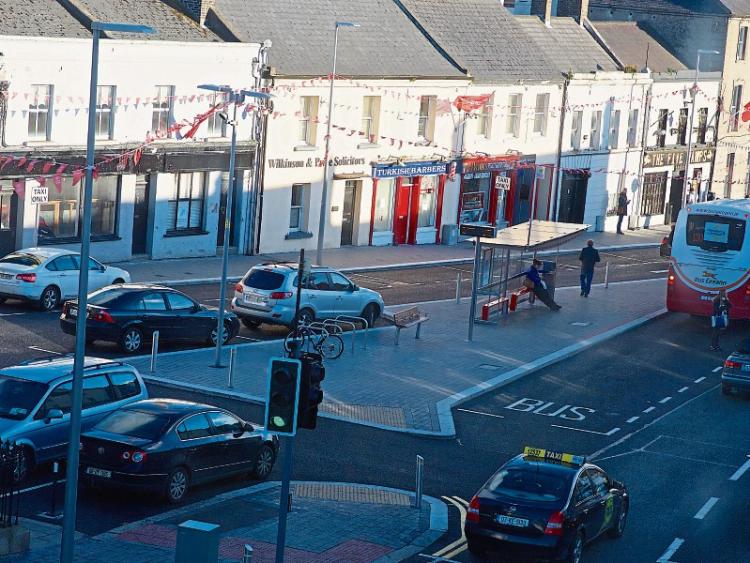 More than a year has passed now since the possibility of parking spaces being lost on the Kilcullen Road was first aired.

This was followed last January by a very vocal public meeting, attended by many angry local people frustrated about what the many business closures.

That meeting was organised by a small group — a few Naas women — and was initially known as Naas Against Authority Sabotage (NAAS). Few people saw this at the time, but the main purpose of this meeting was lost as it became an effective lightning rod or focal point for discontent.

It’s no surprise that that little progress has been made because this is a contentious issue.

The loss of car parking spaces to create cycle lanes running (no pun intended) from Fairgreen along Kilcullen Road was to facilitate the creation of cycle lanes.

It’s a very complicated issue. In normal circumstance not many of us would object to cycle lanes. If you’re fit enough at least, and weather permitting, why wouldn’t you want to use a bike as an alternative to driving? There’s the benefit of exercise, the smaller costs involved and the lack of damage to the environment. Your bicycle may be stolen, but it won't be clamped or attract a parking fine.

But these aren’t normal circumstances.

The Leader has reported that according to the estimate of Cllr Seamie Moore — who researched this thoroughly — three quarters of the parking spaces in Naas have been lost since 1996.

The issue is further complicated by the fact that the town centre car park is beneath the shopping centre, which itself promised more than 700 spaces but has yet to open

On the other hand there are spaces off Friary Road and within the shopping centre at Wolfe Tone Street and both are relatively inexpensive to use.

People in cars tend to be lazy when it comes to parking and want to park as close as possible to where they’re going.

It’s a mindset that will probably have to change, however plans to revamp Poplar Square and Dublin Road will mean more spaces are lost even if this work hasn’t started yet.

And there is little evidence that cycle lanes are being used regularly enough to justify their existence. Certainly the ones constructed at Kilcullen Road are under-utilised.

Not enough students going to Piper’s Hill College are willing to get there by bicycle, but if the crossing point at the ring road was a little smoother they might. For now, though, most students are driven there and there is congestion along the route most mornings.

The councillors have yet to decide on the plan to do away with 22 of the 33 car park spaces at Kilcullen Road.

It is not yet clear when this plan will be put in front of the Naas councillors to vote on. Politicians have to make decisions for the greater good but you wouldn’t like to be in their shoes because there are two distinct camps — one is pro-cycling and one is pro parking spaces; so they’re damned if they do and damned if they don’t.

Many Naas residents feel that the decline in the town centre is because of the lack of car park spaces, even if the shopping centre at Monread is factored in.

Certainly if the town centre car park had not been used as the site for the shopping centre there would have been little oppostion to cycle lanes on the Kilcullen Road.