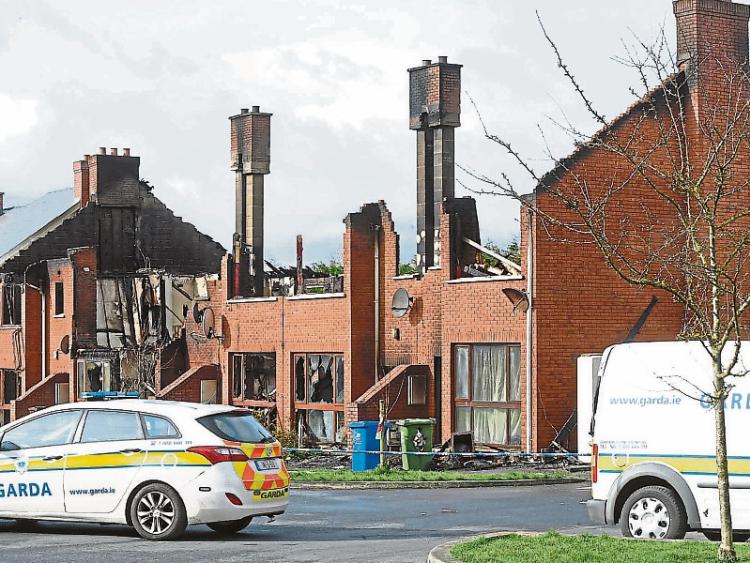 The scene at Millfield Manor, Newbridge, in 2015

There are few words to describe the horror of the Grenfell Tower disaster which unfolded in London.

The stories which emerged, of people bidding goodbye to their friends and loved ones via their phones and social media networks as the fire crept closer, to their apartments are terrifying.

Some 79 people are confirmed dead at the time of writing, with the death toll likely to rise much higher.

Astounding, too, are the emerging indications that building faults, such as the selection of inferior cladding, could have been responsible for the quick spread of the flames which led to the deaths of so many.

Despite the well-documented concerns of the residents of Grenfell Tower that they were living in firetraps — although, sadly, those warnings were ignored by officialdom — it was widely thought that the building was safe. That fire breaks and ‘stay in place’ survival tactics would work in the case of a fire breaking out. After all, this was a local authority-approved development in the middle of a posh part of the Western world — who would have thought it would go up like a bonfire?

There is no comfort in imagining that such a scenario could not happen in this country, just because such massive residential blocks are not built in Ireland.

This country’s experience with Priory Hall, to name the most notorious Celtic Tiger-era development in which significant fire safety issues were found, is salutary.

Who knows how many developers took ‘shortcuts’ during the building boom years of a decade ago which could now leave residents’ lives in serious danger.

Here in Kildare, we remember the horrifying spectacle of the Millfield Manor fire in Newbridge just two short years ago.

Six houses were ablaze in under half an hour, despite the fact that this was — supposedly — an impossibility due to fire safety standards.

A review by an independent expert into fire safety in such developments was prompted by the Millfield Manor disaster. As of last May, according to a written answer given in the Dáil by then Minister for Housing Simon Coveney, that report was being considered by his Department “with a view to publication at an early date”.

Cllr Joanne Pender, at last week's Kildare Municipal District Meeting, also called on the Minister to release the report, and Deputy Fiona O'Loughlin raised the matter in the Dail.

So where is it? Statutory agencies, and householders, need to know what they are facing.

Surely, in the light of the horrifying spectacle which unfolded in full view of the world last week, that is the least people deserve.