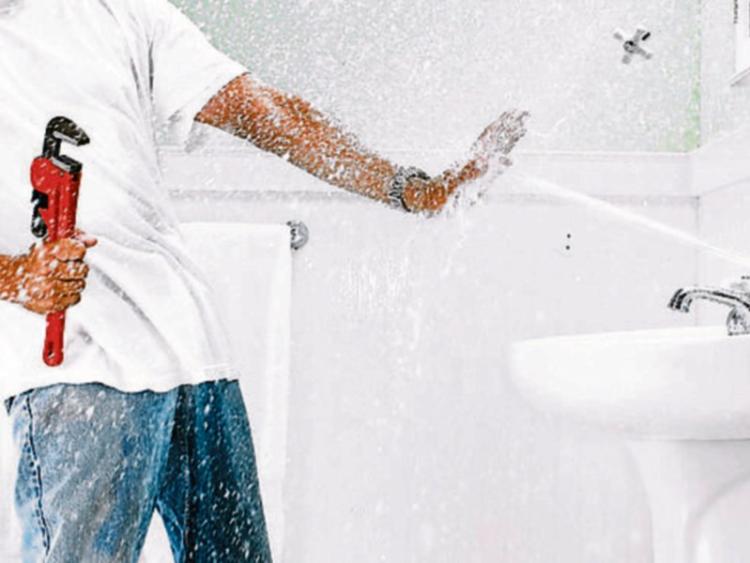 At some point in the last, I dunno, 100 years, a terrible scourge swept the nation. I should be clear, this particular scourge has benefitted many fine men — allowing them to feed their families, give their wives expensive gifts, put their children through college, pay their taxes, train the under 14s and generally be very worthwhile contributing members of society.

Yet by the same token, it indicates a growing uselessness, a growing redundancy for at least some part of the brain.

It is the scourge of what I call the “get a man in” mentality.

It could be for painting a wall, tiling the floor, changing a lightbulb, hanging a picture, lifting furniture, changing a flat wheel on the car, cleaning the gutters, unblocking the toilet, mowing the lawn or even clipping the hedges.

Whether it’s sheer laziness or genuine incompetance, a large segment of our urban population now takes it for granted that they are, for reasons unknown, incapable of even the simplest of tasks.

Once upon a time it was inconceivable that a household wouldn’t have a comprehensive array of tools, some sort of shed and a person who was both proud of, and knew how to, use both.

Now, we live in tiny spaces, where the only tools worth mentioning are the remote control and a Nespresso machine.

Don’t get me wrong, I live in a house with both, but then there are also hammers, screwdrivers, drills, saws, angle grinders and a welder... and much, much more.

“Oh I’m useless at all that DIY stuff,” I’ve heard often. “I wouldn’t know where to start.”

How’s about this? Grasp the lightbulb firmly, twist anti-clockwise and remove.

Try this one... open the tin of paint, dip in paint brush, apply to wall. Repeat until wall resembles colour in paint tin rather than
original colour.

But no, instead we need to reach for Google. We need to ‘get a man in’!

Who are these men? How was it that nature favoured them that they be endowed with such natural DIY talents?

Do they have to be born with a rare gene? Or do they go to a special school, or is the fact of merely being a man sufficient?

Does a particular set of genitalia infer a unique ability to wield a hammer or screwdriver?

Clearly not, because many of the most prolific ‘get a man in’ types are in fact men. I don’t mean to demean or question the manhood or even the worth of these men, but when we live in an age where YouTube is awash with ‘How to...’ videos, it begs the question: why would you waste money on ‘getting a man in’ when the answer is usually pretty simple and straightforward?

A friend of mine once rang to see if I knew how to change a wheel on a car. He had a flat. I said I did, and he said he’d drive over to me. What I didn’t realise was that he was 60km away and by the time he got to me, there wasn’t much tire left. He was shocked when I changed the wheel.

“Exactly. So why didn’’t you do it yourself?”

“It never occured to me that I could.”

Well, then, let it occur to you now.