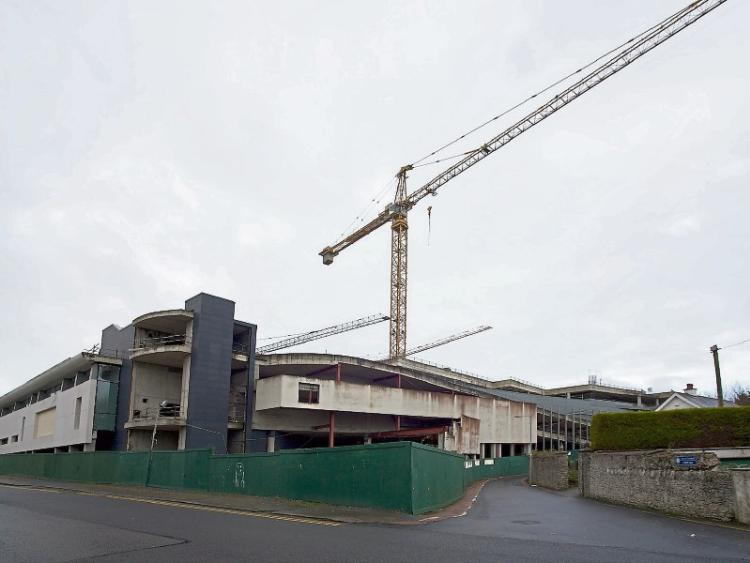 Slowly, slowly the future of the Naas Shopping Centre is drifting towards some sort of resolution, which will in all likelihood will be an open market sale.

There are many interested parties in this and not all agree on the same outcome, but it’s apparent now that most of them would like to see it sold off.

Kildare County Council believes that it will go up for sale in the third quarter of this year.

Kildare County Council is owed a good deal of money, an estimated €3m., as a result of this development. This comes from the loss of the town council-run car park on which the centre was built as well as various levies and payments due.

KCC cannot decide when a sale must happen.

This is effectively a decision to be made between the National Asset Management Agency and the developers Marshalsea.

Given that it was due to open nearly eight years ago now, Marshalsea would be glad to see it open and so too will Nama, whose task is to it is to sell on assets like this.

However, neither Marshalsea nor Nama have been saying too much.

The lack of information about what might happen to the derelict building is causing a great deal of frustration locally and while the issue has been pursued in their behalf some of the local representatives, nobody has been more persistent in trying to get some progress than Cllr Seamie Moore. It's an issue which, to a greater or lesser degree, affects everybody living in the town.

Last week, he put down aired queries about the NSC at a Naas Municipal District meeting.

One sought information about a recent site visit by KCC officials with representatives of NAMA and Marshalsea which took place at the NSC site.

The reluctance of Nama to throw some light on what has been happening is a bit rich.

We’re talking here about a State organisation which was set up on behalf of the taxpayer and is very well funded by the taxpayer, but which has not exactly covered itself in glory.

He asked whether Nama might offer a deal “to allow the council to purchase the unfinished site to protect its outstanding credits and finish of or sell the building.”

Cllr Moore said this would be in the interests of the town, the taxpayers and the existing ratepayers.

Nobody would argue with that but it's not likely KCC would be interested in taking control of the centre.

He also wanted to know if the KCC has made any claim against Marshalsea or Nama “for the loss of a twelve year income from the original parking site.”

As far as KCC is concerned now there is no impediment to the sale of the centre only a decision by Nama and Marshalsea to put on it on the market.

An arbitration process to decide on the value of a small parcel of land on Corban’s Lane is stalled pending the outcome of a High Court case, which was initiated by KCC.

KCC said last week that this could happen in September and while no official High Court dates have been arranged for September, KCC says that once this is matter is decided the arbitration process will resume.

Some hard news about what is to happen to the centres may be about to unfold in the form of a sale — but for many it can't possible come fast enough.