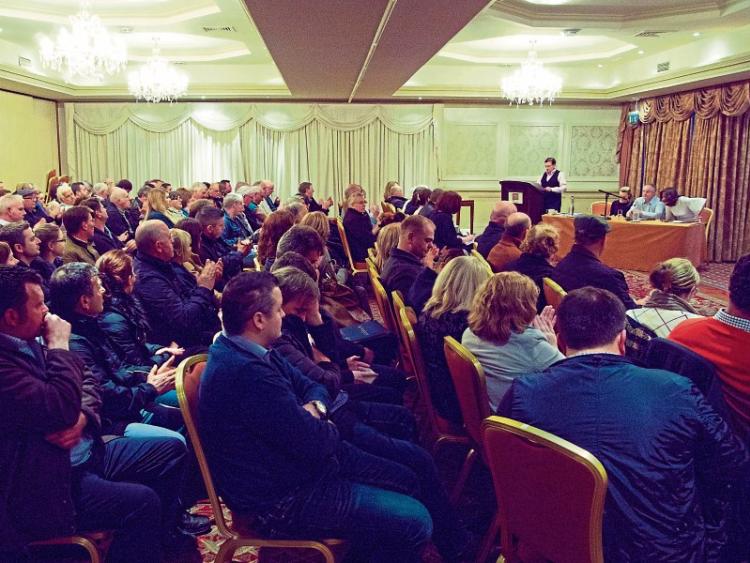 To paraphrase one of the characters in the movie No Country For Old Men, if this ain't a mess it’ll do till the mess shows up.

The changes in the way businesses pay rates has provoked much comment in recent weeks, almost all by those who will see their bills increase.

Some bills will actually decrease.

In Naas, any increases could hardly come at a worse time.

The town is reeling from a succession of blows.

The closure of businesses and the move of more to the Tesco-owned shopping centre in Monread have been well documented.

McDonald’s in the town centre, which opened in 1998, will be the next to go. It will follow the closure of Mattimoe’s Londis shop earlier this year, after 33 years in business in one form of retailing or another.

That that store couldn’t survive following the closure of the similar Behan’s convenience store at Poplar Square two years before says much about the decline of the town and how shopping patterns are changing.

Kildare County Council has come under fire for the increases.

But while KCC will benefit from bigger bills, because the money is paid to it, KCC is not responsible for the bills.

Rates bills are decided by multiplying a figure described as the Net Annual Value by the rate agreed by KCC and voted through by councillors.

Kildare County Council has not increased the rate at which it levies rates for some years now, for the better part of a decade now.

This is not a bill that increases annually; so in many ways the ire directed at KCC is misdirected.

At the same time it is questionable whether the rates should increase because it’s not likely that many businesses in Naas have had increases in profits over the past few years.

Although this is a
different sector to retail, these businesses are also
liable to rates and offer some insight into the health of the local economy.

In Naas (and Newbridge) the situation is a little worse — 15% are empty.

The survey found that the highest level of
commercial vacancies is in Edenderry just across the border in County Offaly, where the vacancy rate
is 31%.

If you don’t like look of the bill, the message is to appeal the valuation by making representations to the Valuation Office.

It’s estimated that the majority of valuations in other counties where this work has been done has actually led to a decrease in bills.

And, overall, Kildare County Council cannot take in more in rates next year — when the new bills come into effect — than it will this year (€58 million).

But while there has been much criticism of any increase in rates, the fault lies with the legislation rather than with Kildare County Council or even the councillors.

This means that the system can only change if the law creating it is changed. This is a matter for our TDs to deal with and they should be told that whatever about decreases — this is no time to raise rates.