COMMENT: Naas lakes are an oasis of calm in a busy town 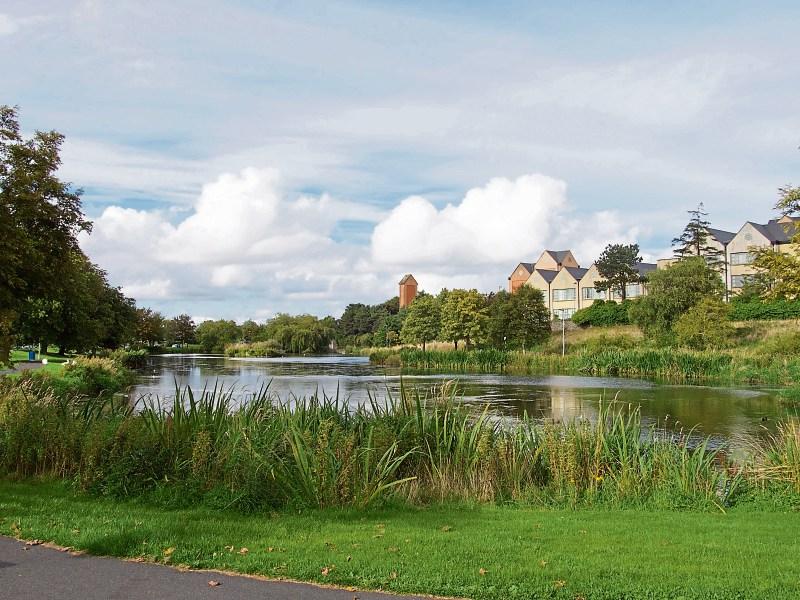 On a still night the facade lights of the Vista medical centre building are mirrored on the middle lake.

It’s not Manhattan and the Hudson River; but it gives a busy urban feel to a serene aquatic setting.

There are three lakes on the Ballymore Eustace/Craddockstown side of Naas. Ideally planned suburban areas need to have more than just houses and apartments. And most do. There are parks scattered across built-up Dublin and in London. Sometimes it seems that these areas, where high concentrations of people live, were better planned decades and decades ago.

Naas is growing fast. And in Monread Park and the lakes, the local authority have preserved two valuable amenities - as opposed to sporting - assets.

A third - 17 to 20 acres off Sallins Road - will eventually be developed to be usable space when Kildare County Council has the money.

Naas Town Council, before it was abolished, had a pretty decent record when it came to matters of flora and fauna. This is now Kildare County Council’s task.

The lakes area is remarkable as a natural amenity, a matter of minutes from the start of the town’s main thoroughfare.

It’s home to all manner of creatures.

The most obvious ones are the feathered variety; ducks, swans and water hens that are there all the time. Seagulls arrive to scavenge for food, creating rowdy scenes as they descend to compete for the bread brought by local people with only the more docile ones in mind.

These days it's sprinkled with daffodils, but there is much more planting there. Trees overhang the water and there are plants at the water's edge, some of which have a preservation function.

The pondlife includes back swimmers, so named because they…(correct, you've won yourself a weekend in Mullingar); pond skaters and water scorpions.

Towards the Ballymore end there is a sort of marshy nature reserve, which is let grow wild to accommodate the fauna that would naturally live in damp, marshy environments.

Apart from their aesthetic value, which is what draws most people there in the first instance, the lakes area is an important wildlife corridor.

Two of the lakes, including the lower (the one in front of the Lakelands estate) have little islands in the centre, which you imagine are havens for some in fear of predators, who can neither swim nor fly. The lakes form part of a recognised walking route and one of the attractions is that despite the fact that land slopes very gently from Ballymore toward the town, the walking routes are level. There is adequate seating and bins, even the if latter are ignored by some folk who prefer to leave some litter behind.

A quaint old black and white sign erected by Naas Town Council reminds visitors that the consumption of alcohol is banned.

It’s a rule that is as Hamlet said “more honoured in the breach than in the observance.” Even so, there are rarely any public order issues there.

The pathways are imaginatively built to accommodate the curves of the lakes’ perimeters and the waterways are linked by attractive bridges.

It's an oasis of calm that's been very well looked after.

The lakes are also linked to the famine graveyard adjacent to the hospital.

God knows how many people are buried beneath your feet here and, local legend has it, elsewhere in this part of the town. And if you haven't already, the next time you're on your way in or out, stop to reflect on the poignant words of local poet Mae Leonard, which have been etched at the entrance to the graveyard.