COMMENT: Deep divisions on the future look of Naas

No consensus on the best way forward 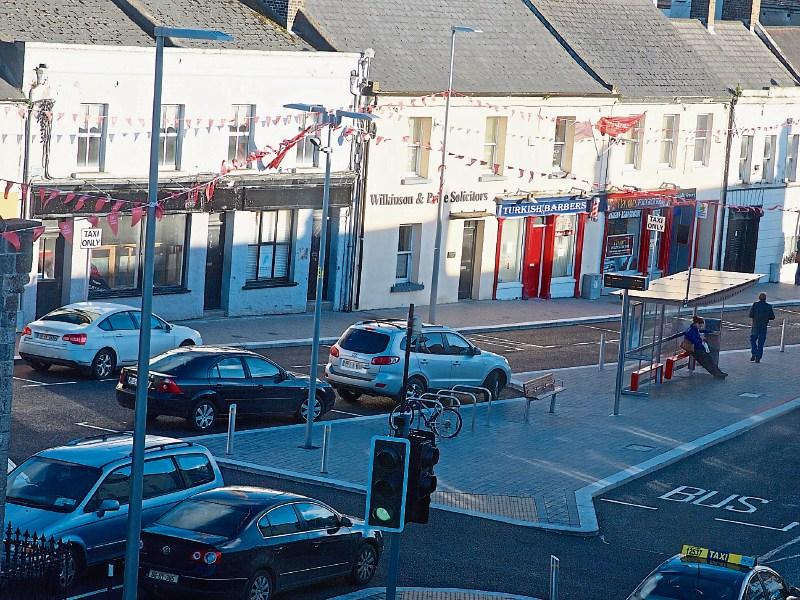 A view of Naas town centre

Deep divisions are emerging over how to rejuvenate the centre of Naas town.

The litany of business closures has been well documented by now - 40 or so and counting (though many have opened up as well and more, like a sushi bar at New Row and a coffee shop at Prout's, are on the way).

At times, with all the negativity that's swirling around, you're tempted to believe that the town is doomed, at least until the shopping centre opens.

The recent public meeting, attended by 250 people and organised by Naas Against Authority Sabotage, looked like it might be a turning point.

There were lots of angry people there, ordinary honest-to-goodness Naas folk. To them the town they grew up in and in some cases their parents grew up in has been damaged by a host of outside influences.

The focus for the discontent was the plan for cycle lanes at Kilcullen Road.

Worse things have happened to Naas than the proposed cycle lanes - and have been greeted with less outrage.

The opening of the Tesco-anchored shopping centre in Monread is one. the jettisoned Naas Shopping Centre is another.

Naas councillors are quick to point out that this was an An Bord Pleanala decision but the then councillors had a say in the earlier decision to zone the land for this purpose.

But the loss of more car parking spaces. to make way for bicycles was the touchpaper that detonated the pent up frustration of local residents.

A community had called a halt to the slow death of their town, almost. The people had spoken and asserted themselves in the manner of a popular uprising that has overthrown many a Government. It was the Naas Spring.

It was interesting then last week to learn that some of the nine Naas councillors, who will have the final say about what happens on Kilcullen Road, are not in agreement.

Some of the councillors are keeping their heads down on this issue. Some are more vocal than others.

On Tuesday last they decided to proceed with the plan to put down cycle lanes on Dublin Road, the part pedestrianisation of Poplar Square, the loss of parking spaces and the creation of a “public realm” (effectively very wide footpaths).

This was already voted through by the Naas Municipal District, with three councillors against it (Seamie Moore, Darren Scully and Anne Breen).

Although there was some opposition to this, it didn't prompt the same level of public outrage.

It fairly became an issue last week. Two councillors, both from the same party, Fine Gael, but with different views, wanted it voted on again.

Cllr Darren Scully has been a consistent critic of the plans, at least until the town's ring road is completed, along with the motorway widening.

But Cllr Fintan Brett believes the battle has been lost, that the town centre is in Monread. There were sharp exchanges between the pair. Scully's views were embraced by those at the public meeting. He's part of the group that now liaises with Kildare County Council. He's all too aware that many disagree with him.

Cllr Rob Power (FF) has defended his decision to vote for the for the redevelopment. Cllr Seamie Moore, like Scully, is against the project. These four have been most vocal about the project. all are entitled to their views and nobody can doubt they believe they have the interests of Naas at heart.

Politicians get a lot of flak and often, it's all to easy to criticise them.

Unlike the public servants who implement policy, they're answerable to you.

And whether or not you agree with Brett and Power, it takes a modicum of courage to swim against the tide.