COMMENT: Schoolchildren are being taught in a world of virtual insanity

Are we harming our kids by giving them too many iPads and devices? 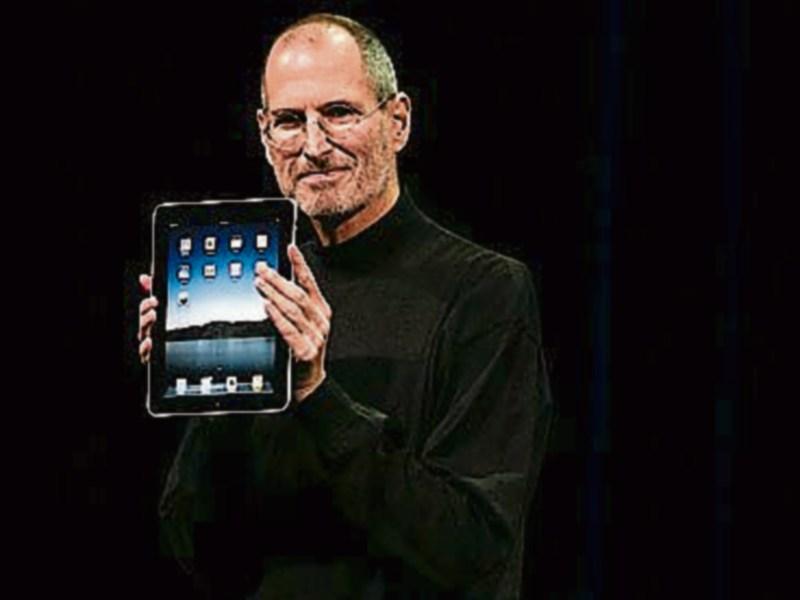 Steve Jobs didn't allow his kids to use an iPad

You might remember a successful musician from the 1990s called Jamiroquai. I didn’t like him much — and not just because he was going out with Denise Van Outen and I wasn’t.

No, his music was a bit too slap-bass funkadelic for my taste. That said, the lyrics from his biggest hit ‘Virtual Insanity’ were great, especially the line about our love for: “Useless, twisting new technology.”

Regular readers will know that I viewed Terminator and iRobot not as disposable popcorn movies but chilling warnings from the near future.

There is a common label for people of my mindset, but if being concerned about the free-wheeling cruise towards automatisation and the singularity makes you a luddite, then we should all be luddites.

The evidence of the rise of the machines is all around us now, in every town.

Recently at an opening day for a Naas primary school, we learnt about how they had a certain amount of iPads, and other tablets, for the youngsters.

My reaction, which I kept to myself, was what the hell does a child need with an iPad when there are trees to climb, footballs to kick, markers to draw with?

The purpose, apparently, is to help them learn code.

So, by now I’m at the point of malfunction, systems meltdown imminent.

The image of little kids in a dark room hunched over a screen entering characters into a tablet that could ultimately be useful as, say, a booking form for a small hotel is possibly the most depressing thing I’ve considered this year.

But what’s probably more depressing is how this school will get lauded for ‘future proofing’ their pupils; preparing them for employment market of the 2030s when their main competition for jobs will come from the cheapest R2D2 clone.

All of this tablet stuff was digesting about as well as breeze block when I learnt that some secondary schools in the area use them too. In fact they use them so much that, for certain years, books are unnecessary.

So in this brave new, 10-megs-a-half-second-download-speed world kids don’t read books, can’t flick back and forward a few pages or underline a pertinent passage or make notes in the margin. Instead they can trawl the internet when they are supposed to be listening to their teacher.

At this point I’ll have to dismount my high horse for a moment. I rarely listened to a teacher during my 14 years of schooling — everything I learned came afterwards, from books as it happens.

But when I wasn’t listening I was staring out the window. I rarely started talking to my neighbour or tried to cause a disruption — if I did the teacher would have seen this and told me to shut the hell up.

Now a student can just do this on Facebook or Snapchat instead. I’m sure all of these sites are banned, but let’s not forget that this is the generation we’re teaching to code in primary school. I’m sure they know how to install a VPN, or have a dozen other ways around firewalls. And if you’re a teacher faced with 30 kids staring at screens, it’s extremely difficult to know what they are looking at.

Nowadays it must be interesting to hear their excuses — the dog ate my homework has been replaced with, “the next chapter of my workbook failed to download — here’s the error code”.

A more important consideration again could be the health effects of prolonged tablet use. They emit electromagnetic radiation which harms people, especially children. How much it does is a cause for debate. Research is ongoing and as these products are still relatively new, it will likely take years before we know the true cost of the functionality and entertainment they bring.

In the meantime, as we continue to shuttle along the information superhighway to God know’s where, consider the fact that the late Steve Jobs did not allow his own kids to use an iPad.

Indeed, there is a trend in Silicon Valley for tech innovators to discourage their kids from staring at screens all the time.

We’ll leave the last say to a man who is certainly not a luddite.

Chris Anderson, CEO of 3D Robotics and a father of five told the New York Times: “My kids accuse me and my wife of being fascists and overly concerned about tech, and they say that none of their friends have the same rules… That’s because we have seen the dangers of technology firsthand. I’ve seen it in myself, I don’t want to see that happen to my kids.”