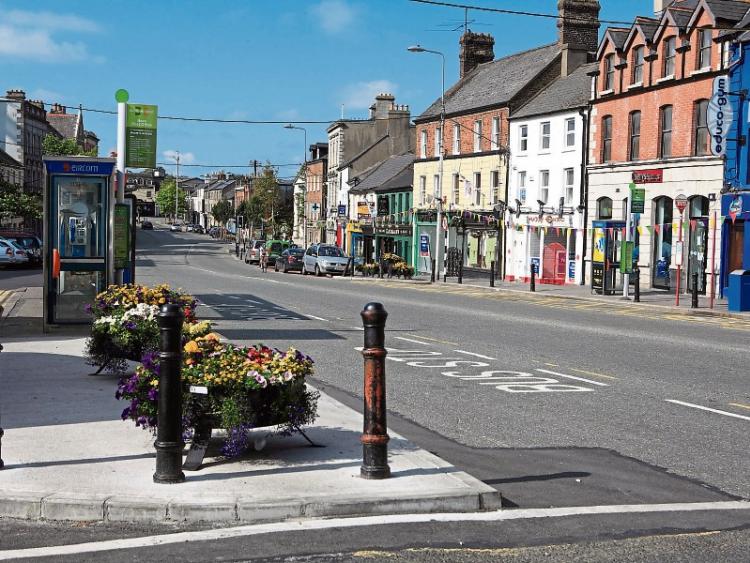 A generation of Naas residents is coming of age with little prospect of being able to own a house in their home town.

There is a shortage of houses for sale in Naas currently, which is good news for sellers and estate agents and bad news for people who want to buy.

There is anecdotal evidence too that many of the houses that are coming to market in Naas are being bought by people moving into Naas; as opposed to people already living here.

Naas is a tricky place.

It’s more expensive to buy a house there than its equivalent in say Newbridge and certainly more than Athy.

Naas is no longer the shopping town it was once was but property prices are stronger there than in most other parts of County
Kildare.

The problem is being compounded by the fact that there are relatively few houses on the market.

And while housing construction is underway in the town, the completed dwellings are being released for sale in small numbers

This shortage of properties — rather than any significant increases incomes — is nudging prices upwards.

The rise in property prices generally is reflected in what’s been happening in Naas over the past three years.

According to Standard and Poors, a reputable financial services company whose credit ratings applied to countries can affect the cost of borrowing for those countries, house prices here will rise inexorably.

S & P says that prices will rise by 7% this year and by a further 5% next year. These percentages will outstrip pay increases —- if any — received by those hoping to buy a house within the next two years.

The collapse of the construction has meant that houses are coming to market too slowly.

And while there is some recovery in that sector — as evidenced by new builds in Naas at Kilcullen Road, Caragh Road, Dublin Road and Sallins Road — the pace is slow and so prices rise.

S & P also say that property prices outside Dublin are increasing at a more rapid rate than within Dublin because some other parts of the rest of the country are catching up with the capital. The Government’s help-to-buy scheme has relaxed the rules so that first time buyers only need a 10% deposit to get mortgage approval. The Social Democrats have compiled figures relating to the housing market in 9 areas, including Naas.

It showed that the average house price in Naas - using Residential Property Price Register data — is €266,824.

This is more expensive than the generally affluent Cork Southside (€265,285) or Galway (€214,899) or the commuter town of Ashbourne (€245,238). Unsurprisingly Naas is a cheaper location to buy a house in most parts of Dublin 6, Dublin 7, Dublin 8 or Dublin 9. It is apparent that there is a gulf between the cost of a house in Naas on one hand and the ability to finance it on the other.

A first time buyer in Naas who wants to buy a house there would need to have a deposit of €26,680 — which takes a quite bit of gathering up, especially if you pay rent which has also been rising in Naas.

There may be no room at the inn.