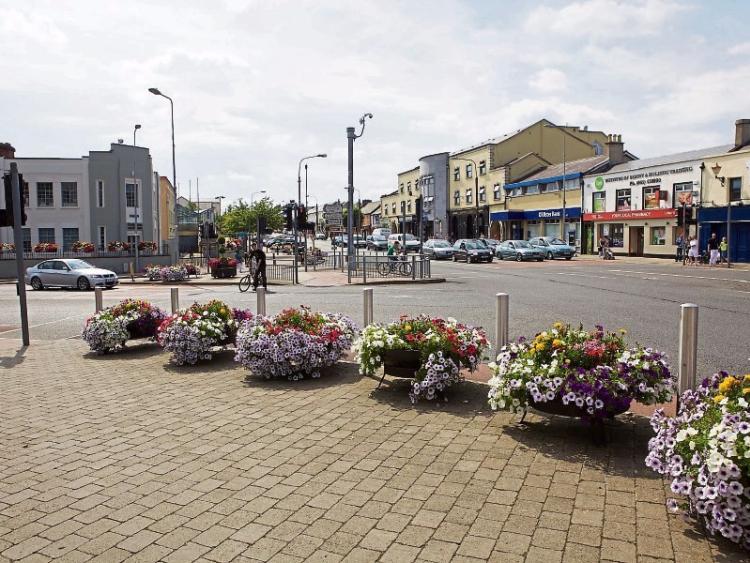 One wag last week commented, in the midst of the raging debate on the decline of Naas, that comparing the county town with Newbridge was like comparing ‘Finglas to Foxrock’.

I’m a proud, born, bred and buttered daughter of Ballymany, Scoil Mhuire reared and Moores through and through… but I’m not going to pretend for a minute that I thought he was equating the ‘Bridge to the posh part of the Southside.

So hold me drink, hold me coat, I’m going in on that one…

Newbridge, goes popular opinion, is rough and ready — it’s a town of factories and the army and big housing estates, where you wouldn’t want to pick a fight on Main Street after closing time.

That’s rubbish, of course — there have always been some rougher edges to parts of Naas just as Newbridge has… eh, the College and the sparklier bits of the Silverware. Plus, the influx of Celtic Tiger blow-ins to both towns has changed their social make-up considerably over the past decade.

These days, in fact, the main difference between the county’s two biggest towns — just eight miles apart, centre to centre, and of roughly equal populations — is that Newbridge is now thriving, while Naas struggles.

So what happened? What did Newbridge get right?

Newbridge got lucky is what happened.

But the town rode its luck and is now the county’s liveliest, most bustling commercial hub.

It’s sad but true — you could fire a shotgun from Naas Town Hall down towards the Fairgreen most weekday mornings, and you’d be unlucky if you hit a sinner.

That’s not true in Newbridge. The town is buzzing and bustling.

It’s a tale of two shopping centres, of course.

Newbridge got lucky in that the Whitewater Shopping Centre, which was built on the site of the old Irish Ropes factory —formerly a massive employer in the centre of the town — opened in 2006, before the economic crash.

For better and or for worse, and for all that outlets have shut there or the occasional rumours that footfall has gone quiet, it has pulled shoppers and browsers into the middle of the town.

Compare that to the rotting hulk in the middle of Naas, which was scheduled to open just three years later, but was poleaxed by the downturn.

Parking right in the centre of town is no problem in Newbridge, with the big GAA grounds car-park and the price-comparable Whitewater and town centre multi-storey facilities, along with onstreet parking and spaces in the retail parks.

And on the subject of those retail parks and walking within Newbridge. The town, to outsiders, might look like an awfully long, linear strip. Yet the bulk of the town’s shops and retailers are concentrated within an easy stroll of those central car parks — or, indeed the town’s well-serviced bus stops.

Even the retail parks with their big supermarkets are accessible from the town centre, Great Wall of Dunnes Stores notwithstanding.

You can walk from the Post Office to the Tescos in about ten minutes. In Naas, you’d need an SUV explorer with a sat-nav to get from Main Street to the furthest reaches of Monread or Lidl.

Nobody in Newbridge was thick enough to grant planning permission for a retail park out near Lumville or the racecourse roundabout, and expect shoppers not to desert the town centre.

It’s true that Newbridge has a fair whack of the big multinational retailers that have been accused of sucking the character out of local towns — the Penneys, the Debenhams, the Zaras and New Looks and Nandos and Costa Coffees.

But those sorts of places are where people like to shop these days, and the footfall they bring in also passes by The Man’s Shop, and Terry Michael's and Michael Murphy’s and the Hoky Poky and Vanity Fair, to name but a few long-standing and proud Newbridge businesses.

For shoppers, the town is a great mix of the old and the new, the independent and the chain, and they’re all together in one fairly compact town centre, unlike Naas where there seems to be an apartheid of independent strugglers in the centre and booming chains on the outskirts.

I’ve heard it said, though, that the town has ‘gone to the dogs’ between the Bank of Ireland and the river.

And true, it’s not the shiniest, poshest, chrome and glass side of the town.

But it’s doing what it does very well.

The left hand side of that street, as you face the bridge, is Newbridge’s equivalent of the ‘Vegas Strip’. You’ve your nightclubs, pubs, chippers, take-aways and cab offices. It’s not the prettiest part of town, but it gets the job it’s there for done.

The right hand side, you might say, is our ‘artistic and cultural quarter’, with the Riverbank Theatre, the lovely, refurbished Town Hall and our field of dreams, St Conleth’s Park, all within a hundred yards. (I’d count the legendary Farrell & Nephew bookshop in that too, even if it is across the way). Of course, you’ve also got the lovely quirkiness of characterful George’s Street and its shops and eateries nearby too.

There are a fair amount problems in the town, as there are everywhere. There’s anti-social troublespots where you wouldn’t go at night, never mind open a business there.

On a purely infrastructural basis, the traffic can be chronic, especially at school opening and closing hours, and the crazy bottleneck system of the entire town trying to cross the bridge in the one spot needs to be
addressed, even if it means building another Liffey crossing.

Parts of Eyre Street are eyesores and businesses on that ‘back street’ could undoubtedly do with some assistance — indeed, if helped to be redeveloped, that part of town has the potential to be a gem of a new quarter.

Yet the characteristics of which Newbridge people have always been rightly proud, our grit, earthiness, and competitiveness — we’ve even got two GAA clubs in the town, unlike Naas, so we’re not afraid of a bit of niggle — coupled with good timing and a rub of great luck have combined to help us survive and thrive.

No thanks, ‘Foxrock’. We’ll take our ‘Finglas’ any day.