Local Deputy offers his take on the situation in Naas town 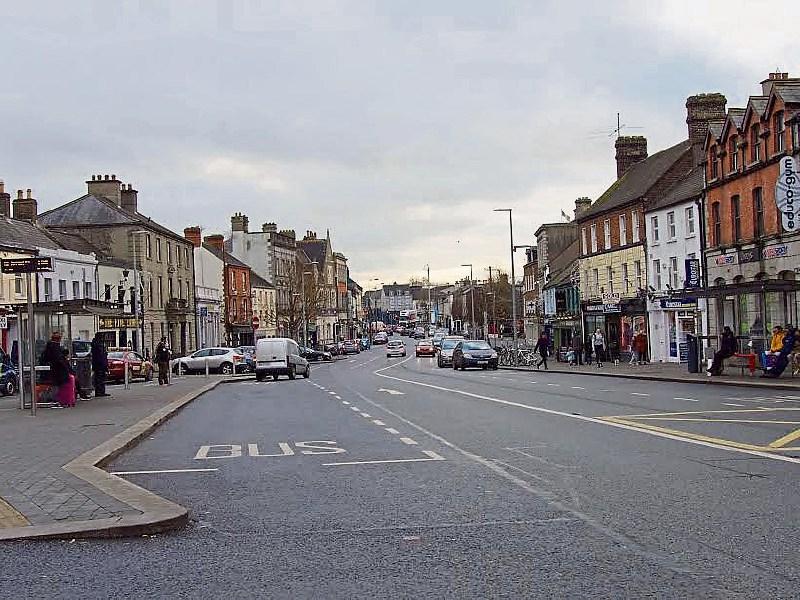 James Lawless is a Fianna Fáil TD for Kildare North.

There is a lot of discussion at present about the challenges Naas faces as a retail town. A packed meeting the other night saw a new committee formed on this theme and my door is of course open to them, as it is to all and every other group working in the town.

When I served on the council I had motions down on the town centre at almost every meeting. At one stage KFM's Shane Beatty even joked that I had a “bee in my bonnet” about it. So I've built up a bit of knowledge and have a fair idea of the issues involved.

There are a lot of different factors in the mix. As they say on FaceBook “It's complicated”! So it might help to take stock of the different issues and where they're at. I will include my own thoughts and actions on each one.

Parking: Parking is frequently cited as a reason for not shopping in Naas. On-street parking has steadily decreased over recent years. There is a need to develop more parking areas on or very close to the Main Street. This has to be an immediate priority for the council. However anyone looking to come into the town should note there is always available and affordable parking in both Hederman's council car park (opposite the farmers market) and the multi-storey behind my office. Both of these car parks are clamping free too. The council are upgrading Hederman's Carpark at present, installing CCTV and lighting. They are also putting in big signs around the town which will indicate how many spaces free in each car park etc.

Clamping: Though only a couple of the town car parks clamp, they damage the reputation of the town every time they do so. Clamping is abused and over the top and I take serous exception to some of the predatory practices that are used. I have raised this repeatedly in the Dáil with both the Minister for Transport and the Taoiseach. As a result new legislation is now finally underway to restrict the worst 'cowboy clamping' practices.

Shopping centre: This is probably the biggest 'make or break' factor for the town. The centre was started but never finished: unfortunately objectors and the 99-04 council delayed it so that it had only got to building stage when the recession kicked in. The good news is that I have been very actively dealing with NAMA on this and have met with interested parties very willing to buy it, finish it out and get it trading. There is a hold up with CPO hearings at the rear but I have successfully raised this as far as the Supreme Court to get things moving. I am confident am making good progress here.

Community: Some of the best Naas events of the last few years have been community based. Naas Tidy Towns organised the wonderful 'Wild Food Festival' last Autumn which brought record numbers of people into the town and down by the canal harbour. Brendan Loughlin is onto his fourth year of the fantastic Naas 10k. Last June I was delighted to serve as Chair of the Midsummers Arts Festival which showcased some amazing local talent across 45 venues and again packed out the town that weekend. The ambition of us on the committee is to build on a successful first year to a multi-day event that will eventually rival the likes of the Kilkenny Arts Festival, Dalkey Book Fair, Wexford Opera Festival and put Naas on that map. The Moat theatre constantly run fabulous productions while the country market on a Friday and Farmers Market on a Saturday remain very popular drawing people into town each week.

New Businesses: It is awful to see businesses closing. Some of these are well established for decades and their going marks the passing of an era. And most of all it must be so difficult for the traders themselves. But we have to also welcome the new businesses that are coming in. FBD are opening a new office on the Sallins road this spring. Two new boutiques are opening on the Main Street. A new coffee shop is going in at Prout's and a new restaurant is going in at Tony Roma's. Meadows and Byrne are settling well into their new store while Lawlors Hotel have a planning application in to add extra hotel rooms and a conference centre which will include more town parking. The Osprey hotel is also expanding and adding rooms up the other end of the town. These are all very welcome.

Vacant Properties: When I was on the council I called for special rates treatment for empty street fronts and I have made the same call to Planning Minister Simon Coveney across the floor of the Dáil. I believe rates should penalise vacant lots and reward multi-use properties accordingly. Apartment living "above the shop" would inject new life into our towns and should be incentivised.

Night life: One thing Naas has going very strongly for it right now is the night life. The pubs and eateries of the town are not only top quality but are doing extremely well. It has become a destination town for socialising. Maynooth recently won a 'purple flag' award to recognise the quality of its night life and help market it further, I believe Naas should now aim for the same accolade.

Organisation: I have long believed a traders association for the town would fill an important gap. Most other towns in North Kildare have one and it allows for better communication between traders and public bodies and even with each other. Kildare local enterprise office runs grant funded schemes like 'retail growth therapy' and 'shop front improvement' but it helps to have an association to better tap into these. Such an association would also more easily engage with KCC and other state agencies on town planning and consultation on things like the controversial cycle lane proposals.

There's lot else going on around the town and surrounds. The new secondary school, Naas Community College (of which I am chair) remains on track to open in a landmark building at Millennium park in September 2018. The M7 extra lane is finally happening, along with the Sallins bypass, and diggers will be onsite by Autumn of this year. Whilst the new cut-price fares and direct city-centre trains make Sallins & Naas train station akin to a DART stop. The final leg of the ring road from Blessington road to the Naas ball is likely to be approved funding this coming April too. Many new housing developments represent a vote of confidence in Naas.

In summary there's definitely work to do in Naas town: we need get the shopping centre open and add more parking around the Main Street. We need to support the shops that are there and encourage others to do same. We need to support our community events and plan more of them. And most of all we need to work together for a town we all love.