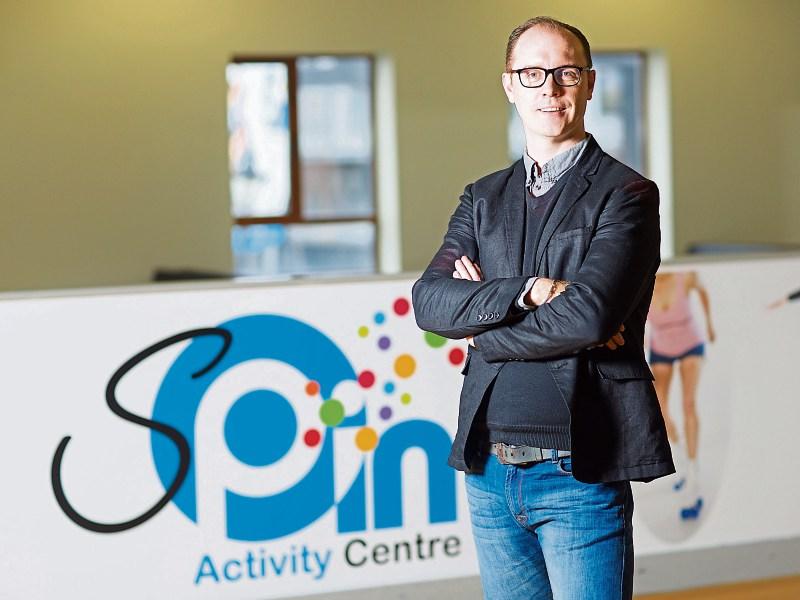 “Are you going to be the nasty judge — the Simon Cowell of Dancing with the Stars?”

That's the most common question asked of Brian Redmond since he was announced as a judge on RTE's massive new show.

The owner of Spin Activity Centre in Newbridge, who lives in Kilcock with his wife Jen and children Alex (7) and Anna (2), has been catapulted into the showbiz spotlight.

The Leinster Leader caught up with him in the run up to the first show of the new RTE series.

“Everybody asks me that. ‘Are you going to be the nasty judge?’ I will be focusing more on the technical aspect of the dancing, and I won’t be cruel or nasty for the sake of it. Sometimes people hold up honesty as a veil for rudeness, I hate that,” he says.

He points out the judges will have to bear in mind that DWTS is something totally outside the competitors’ normal way of life.

However, we can expect an honest critique from the eight-time national ballroom champion.

Currently residing in Donadea, his parents Thomas and Annette adore dancing, as did his grandparents, Seamus and Annie Redmond.

This is something which has been passed on to Brian and his brother, Philip, who runs a dance studio in Hong Kong.

“I started dancing at the age of 11, which is quite late for a competitive dancer,” he says.

The Redmonds brought their sons to watch a dance competition and Brian asked why they weren’t allowed to take part.

“My mother said ‘I didn’t think you would be interested.’ She said we had to try it out for a month, and if we didn’t like it after that, we could give it up.”

“Quite quickly I started to become good and successful. I think if a child that enjoys doing something, it’s even better if they think they are good at it.”

At the age of 17 he left home for London to further his career.

“In those days, there was no Ryanair, so you couldn’t commute. I was based there for about nine years,” he recalls.

With his dance partner, Brian was ranked in the top 12 in the world in Latin and ballroom dancing for five years, representing Ireland at World and European Championships.

Gracing the hallowed dance floors of Blackpool at the British Open on several occasions, he also captured eight Irish ballroom titles from the age of 14.

“The British Open was a lot more competitive than the worlds. At the worlds, each country can only send their top two couples, but with the British Open, anyone can enter. You could have 600 competitors compared to just 80 or 90 at the worlds,” he said.

Brian began to teach dance classes in Asia. Having moved home to Lucan, he commuted back and forth to compete, while also giving lessons here in Ireland.

Ultimately, he gave up competing, because he felt it wasn’t fair on his students to be away so much. Recognising the need for a new professional dance studio, he set up Spin Activity on the Long Mile Road 10 years ago.

Just last September he took over the building formerly occupied by Jackie Skelly’s in Newbridge.

Located beside the railway bridge on Station Road, the facility has a roller skating rink, dance studios and a swimming pool.

People can book the rink for roller disco parties while dance classes include zumba, stage school, aerobics and Latin and ballroom for both children and adults.

Brian was invited to interview for DWTS judge and was selected ahead of numerous people from the entertainment world.

Now running in 92 countries, DWTS is the BBC franchise for Strictly Come Dancing.

Each Friday, there will be a preview, and the live show takes place at Ardmore Studios in Bray in front of a 300 strong audience every Sunday. Brian is grateful for his wife and family’s support as the show is a major committment to take on as well as running his own business.

Presented by Amanda Byram and Nicky Byrne, the series features Des Bishop, Des Cahill, Dayl Cronin, Katherine Lynch, Eva Orsmond, Teresa Mannion, Thalia Heffernan, Hughie Maughan, Denise McCormack and Aoibhin Garrihy taking to the dance floor. “I’m not nervous yet, but once the cameras start rolling, you never know, there may be a lump in my throat, but no, I am really excited,” says Brian.