Comment: Your Christmas drinks aren't worth a family's grief 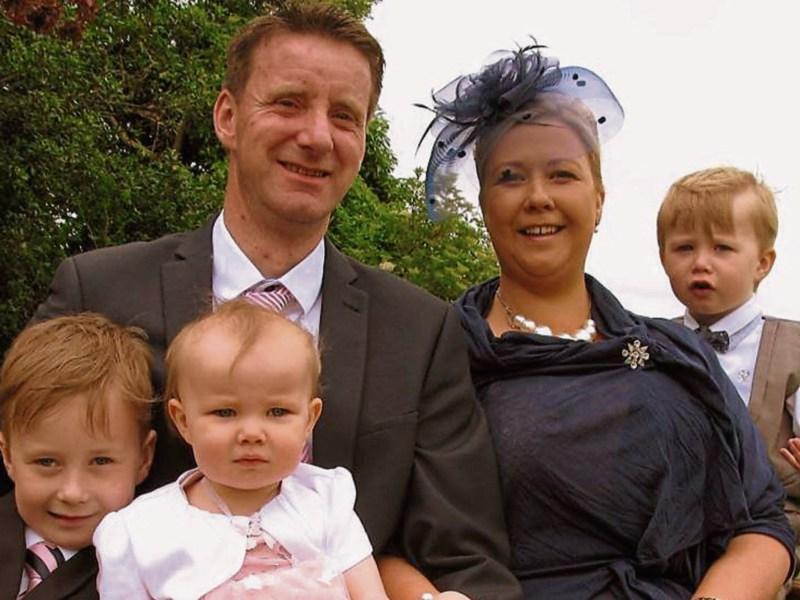 Gillian and Ronan Treacy with their children Sean, Caoimhe and Ciarán. Ciarán lost his life after the family car was hit by a drunk driver

Gillian and Ronan Treacy, from just over the Kildare border in Portarlington, were guest on the programme to talk about the loss of their four-year-old son Ciarán.

The young boy was cruelly robbed from this ordinary, decent family in April 2014. A drunk driver ploughed headfirst into the family car as Ciarán and his big brother, Seán, were being driven home by their mam from a day spent with their grandparents.

Ciarán died at the scene, but not instantly. His mother, trapped in the front seat by engines which had smashed into her legs, had to listen to her adored little boy screaming and crying and then going quieter and quieter.

His brother had to witness the younger boy’s death, before watching ambulance crews cut his mother out of the wreckage. She nearly lost her life and at one stage faced amputation of a leg, that still has not yet healed.

The man who caused such carnage had drunk between eight and ten pints of cider that afternoon before getting into his car, absolutely hammered, and driving.

He later had his — already pitiful — seven and a half year jail term reduced to just six years.

Six years for a careless disregard for the law and common decency that took a young life and shattered a family. It’s beyond belief.

Last Saturday night’s interview was a demonstration of bravery and grit in the midst of unimaginable grief.

It was the small details of an ordinary life being led just moments before that terrible crash that resonated — the fact that, just before the impact, the boys had been pestering their mum to make pancakes for tea when they got home. Such an ordinary scene, wiped away because of another person’s stupid, thoughtless, criminal decision.

Their heartbreak is the story of this year’s Road Safety Authority Christmas campaign advertisements.

Ray D’Arcy played a clip of the ad and it is harrowing, with news footage of the incident cut with clips of the family talking about their continuing struggles.

The grief, during the interview, was still etched on Ronan Treacy’s face as his soft-spoken wife recounted the aftermath of that terrible day and how their lives have changed as a consequence of thoughtlessness and stupidity.

It’s the season now of office parties and nights out and drinks with the lads and girls. It’s a time of year when some might ‘take a risk’ and drive after one or two sociables after work.

It’s not, some might say in justification, eight or ten pints, after all — the amount which had been consumed by the man whose actions killed the young Portarlington boy.

Others might be confident that a couple of glasses of wine doesn't impair their judgement at all.

Yet driving a car, a mobile death machine to anything it hits, requires 100 percent of your concentration.

Anything that distracts from this might make the difference between the split second that will let a driver avoid an accident or plough into an innocent family.

Driving with any alcohol, or drugs, on board, should be unconscionable. If you don’t think so, just look at the little face of Ciarán Treacy and ask yourself, are a couple of Christmas pints really, really worth the risk?