The Friday Opinion: Dundalk shows Kildare that urban turbine is the way to go

Lessons from the border 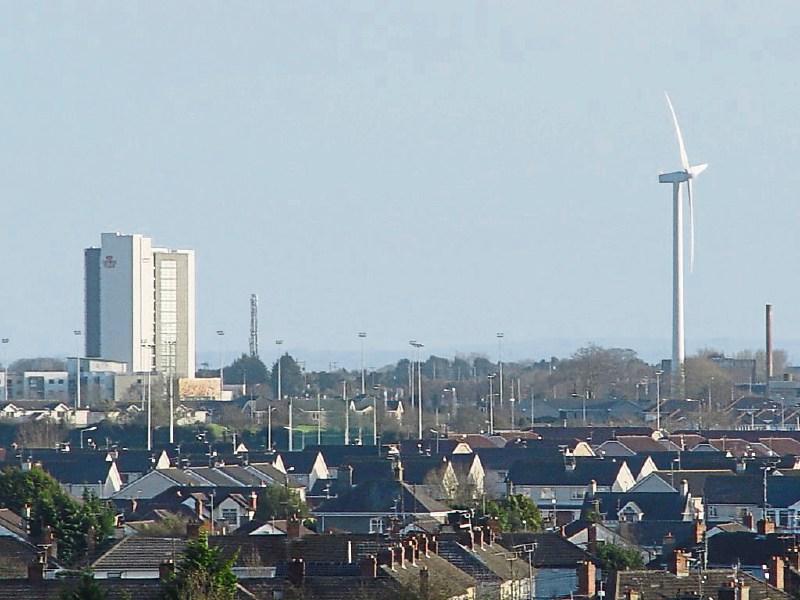 The wind energy debate rumbles on in Kildare. With a decision on the Maighne Wind Farm due in the near future, journalist Conor McHugh presents a pro-wind farm argument.

Some day when you’ve nothing else on, hit the road for Dundalk — the border town with the delightful and difficult accent — and a great tapas place I was in a couple of years ago.

As you approach, even from several miles out, you’ll see a large wind turbine that seems to rise out of the town centre itself.

As you get nearer it becomes clear that it’s in the campus of Dundalk Institute of Technology.

Built in 2006 with funding and support from the Centre for Renewable Energy at the college, it cost €1,127,000 and provides a good chunk of the college’s electricity needs and sends 30% of the electricity produced back to the grid.

In 2006 the turbine knocked €120,000 off the college’s €366,844 electricity bill. The saving would have been even more if the ESB had paid the college for the 435 megawatts of electricity it had pumped back into the grid.

Over time, as the price of electricity is expected to rise, it is thought the savings will increase and therefore it would pay for itself quicker than the 10 years predicted.

It is called an ‘urban turbine’ and was the first one in the world to power a college — and was heralded at the time as an idea that might one day be a common occurrence the world over.

It’s not, I should say, one of the biggest turbines out there. It’s only 86 metres, compared to the 100 metres or more of the industrial sized ones you’ll see out in Mount Lucas for instance.

But it’s literally right beside the college, and less than 300 metres from the nearest dwelling.

If you search on Google, it’s hard to come across any objections to it.

I eventually came to Boards.ie, truly the home of ill-informed outrage, certain to find something, and I found a guy who was clearly trying to see if the Dundalk experience could be used to help him oppose a similar project.

But he got nowhere.

One person replied: “Never really noticed it, both living in the vicinity and while being a student at DKIT and having classes practically under it. Bit of a ‘swish’ sound maybe but no more disruptive than say a car passing your house.

Another person admitted: “I strongly opposed it when it was been built because I was one of the closest houses to it. I tried my damndest to block them every step of the way. But looking back it was foolish. I was reading all these reports online with people saying it can cause havoc with tv signals, it’s noisy, people living around turbines are more inclined to have heart attacks due to the stress etc — but honestly after it was built I didn’t even notice it.

“If the windows are opened wide and you had the television/radio switched off you will just about hear a very faint ‘whoosh’ sound from it. It’s really not worth getting yourself in a twist over it.”

Well, isn’t that interesting. Urban turbines, taking big chunks out of our bills for relatively modest levels of investment, are a great example of the kind of innovation that Ireland needs.

Imagine if every industrial estate, retail centre, school or hospital was encouraged and enabled to have their own turbine attached?

We keep hearing about the great wind resources Ireland has - maybe this is the approach our wind industry should take. And maybe even obstinate no-to-everything paranoid wind protesters could learn the lessons from Dundalk as well.