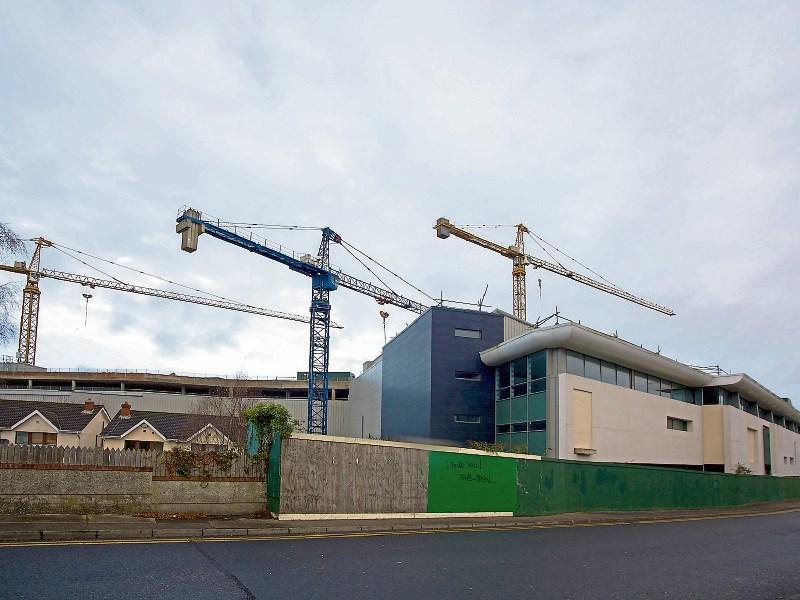 We continue to develop our situational understanding. That little gem of verbal mundanity was provided by a US army officer to Senator John McCain.

The man was replying to a question from the politician about military activity in the Middle East.

At the time it sounded impressive, more so when the archetypal stern demeanour of the soldier was taken into account.

On reflection though it was a holding statement about what the US army was getting up to in a war zone — or theatre of operations as they might prefer to describe it.

It was either an exercise of kicking into touch or maybe the army man simply had little to add by way of illumination.

One imagines too that Kildare County Council is continuing to develop its situational understanding of the impasse that has envelopied the Naas Shopping Centre.

You’d imagine that on some level progress is being made.

We know interest has been expressed by at least one US investor in buying and opening the centre which, few of you need reminding, was to open six-and-a-half years ago.

What, in all probability, it will come down to at the end of day is money.

When the price is cheap enough it will be bought, hopefully to open as a shopping centre.

In the meantime NAMA, which like Kildare County Council is saying nothing about a possible offloading of the building, is understood to be keen to get it off its books

NAMA is understood to be concerned about the arbitration process that is taking place over two relatively small pieces of land — one (the larger of the two) has been resolved.

The Leader reported recently that the second hearing has been adjourned , possibly for a year.

Kildare County Council intimated that it has not tried to pull out of the process.

The arbitrator dealing with case is not willing to comment either for the understandable reason that he is involved in it.

It would be like a judge commenting on a case she is presiding over. It wouldn’t happen.

KCC has a serious interest in this case.

It — or Naas Town Council to be precise — gave permission for it; it CPOd the land and it lost a car park.

And it is awaiting payments from the developer Marshalsea for the operation of an alternative car park.

It sometimes seems that the very future of the town will be decided by the fate of the Naas Shopping Centre.

Because the story of the centre has impacted on so much in Naas.

The town’s parking problems — too few public ones and the aforementioned loss of the most centrally located one — are tied up in the centre.

So too is the health of retail business.

The recession is also a factor in all of this as are decisions to build out of town centres at three locations around Naas — and not one as far out of Newbridge town.

KCC is aware of the disquiet.

“It’s slow and frustrating, but we’re working tirelessly and making progress,” KCC official Niall Morrissey said recently of what’s happening towards a sale or opening of the NSC.

“The cranes have got to go; they don’t create a good image.”

While little has been said, KCC is prioritising the centre as much as is possible — or at the very least developing its situational understanding.