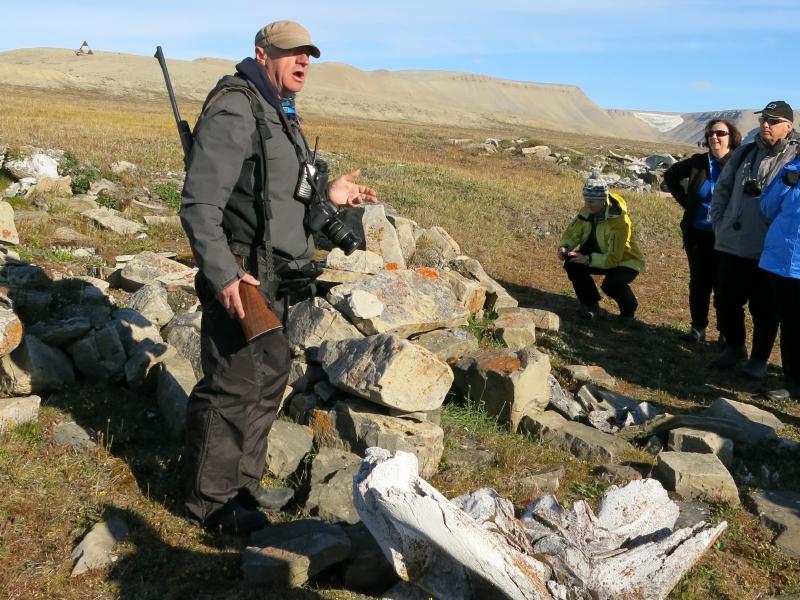 Those who have seen the film ‘The Revenant’ will know the awesome power of grizzly bears, but polar bears can be even more dangerous.

“Thank god, I’ve never had to shoot a bear. I’ve had a couple of close encounters but we got out of there quick,” explained Newbridge adventurer, Vincent Butler.

“A female polar bear could be as vicious, they have the power to grab your head with their jaws and crush your skull.”

Luckily 'The Revenant’s, Leonardo DiCaprio escaped with his life, as did Vincent, albeit without an Oscar. But for those of you who want to know about the real life Canadian Arctic, the Newbridge resident is the man with the story to tell.

Since 2000 he has lectured aboard the National Geographic Explorer, an expedition cruise ship owned by Seattle and with New York- based company, Lindblad Expeditions, which organises high end expedition cruises all over the globe.

Returning to Ryston Sports and Social Club in Newbridge to give his talk on Wednesday April 6 at 7.30pm, last year his talk on Antarctica raised over €800.

There will also be a raffle of some fantastic shots of Arctic life, including a photo donated by a National Geographic photographer. All donations on the night will be given to the Kildare Branch of the Alzheimer Society of Ireland.

“My mother-in-law, Rolly Dingle, who was diagnosed with this condition a number of years ago, sadly passed away on July 29 last year. Myself and my wife Lindi, and her sister Mary, were afforded huge support from the Kildare Branch and its members and for the last two years of her life she received wonderful care from the staff in Willowbrook Nursing Home,” said Vincent.

“The talk will be an informative and entertaining image-rich PowerPoint presentation on the natural, cultural and archaeological wonders of the Canadian Arctic and Greenland. The landscape is stunning, with pristine glaciers and ice scoured mountain ranges. Ice bergs abound and are often used by polar bears, seals and walrus for feeding and resting.

“The region is peppered with the ancient remains of the original Thule people, who first migrated into this area around 1,000 AD. In 1972 a cache of eight mummified bodies belonging to members of a Thule community were discovered at Qilakitsoq, a remote site on the northwest coast of Greenland.”

He will also detail the artifacts and remains belonging to Sir John Franklin’s ill-fated 1845-47 expedition, whose quest was to discover the elusive Northwest Passage, including the graves of three of its crew members at Beechy Island.

Vincent is a trained osteo-archaeologist (bone analysis) and worked on the Viking and Anglo-Norman Period Wood Quay excavations.

Having studied archaeology and geography at UCD, over the past 18 years he has also worked as a consultant to Fáilte Ireland as a tour guide trainer.