The Voice's Jasmine, from Newbridge, loses over four stone ahead of knock-out show

Singer ready for knock out stages of Voice of Ireland 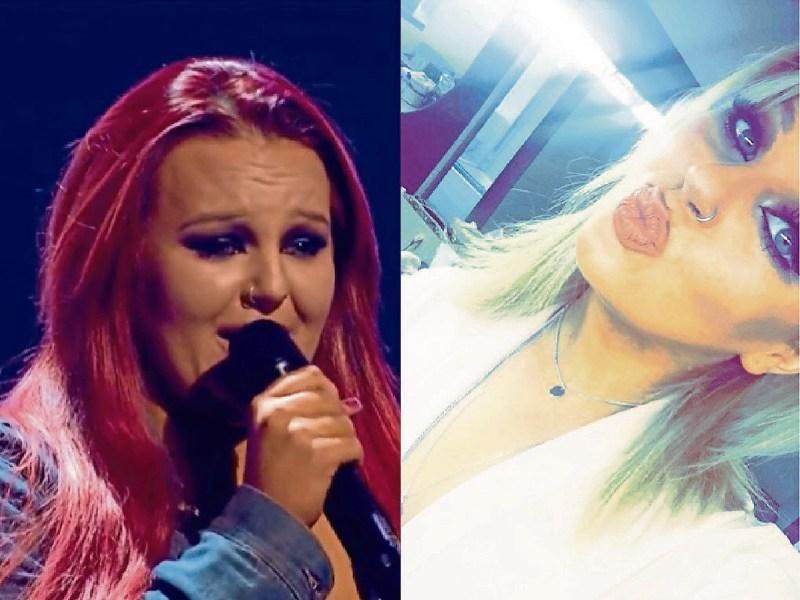 Jasmine Kavanagh before (left) and after her weight loss

Newbridge singer Jasmine Kavanagh has lost an amazing four stone, four lbs in advance of her Voice of Ireland knock out show this Saturday, March 26.

Shedding her distinctive long red hair, the 22 year-old has opted for a new style with a sassy confident short blonde cut. Mentored by judge Cian Egan, Jasmine turned all four chairs with her first audition.

“It’s been amazing. I have three songs that I have been practicing for the knock out show. I won’t know until that night, which song I’ll be singing,” she said.

Jasmine will be competing against two singers from Cian’s team and it will be up to the former Westlife singer to choose who will go through to the next stage.

“Cian has been brilliant. He is really down to earth and he has a great sense of humour.”

Despite suffering from laryngitis following the Battle episodes, the Pairc Mhuire resident has been nursing her voice back to health with the aid of her vocal coach.

Having attended Scoil Mhuire, Ballymany and St. Conleth’s Vocational School (now St. Conleth’s Community College), the young singer took part in school plays but never had the confidence to perform publicly on her own.

“I suffered with anxiety and that affected me a lot. I have been working on it with the vocal coach and hopefully that will come across in my performance,” she said.

Working in Traditional Craft in Newbridge, she has been overwhelmed with the response to her TV appearances.

“It’s crazy. People have been so supportive in Newbridge. Pelo Hair salon have sponsored me and Moggie (Brian McGrogan) has also sponsored me. He runs fitness classes,” she added.

Jasmine had lost two stone just prior to her first TV appearance in November and two stone and four lbs since then.

The eldest of five children, she is proudly supported by her sisters, Shauna (17), Cassie (13), Hollie (10) and Millie (7). Her mum Sandra, dad Emmet and boyfriend Billy Fitzpatrick will also be cheering her on from the audience .

“They have been so supportive. It’s been great,” said Jasmine.

She said some people have been slating the Voice of Ireland, pointing out it’s not as successful as the UK Voice and anybody who wins it doesn’t go on to achieve success. “However, I see it as a platform for a million doors to open up to other opportunities,” she concluded.