St Brigid and the bachelors of Kildare 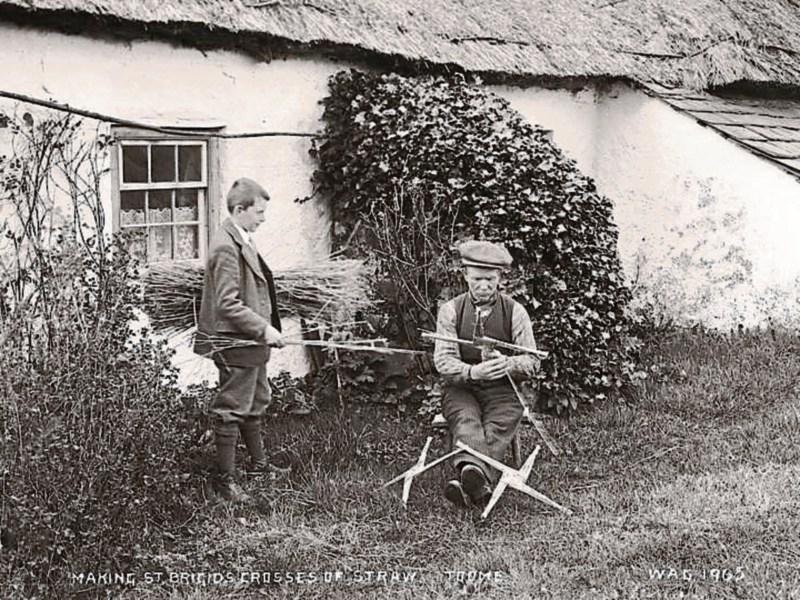 Historian Liam Kenny takes a look at the customs of cross-making and courting to mark the feast day of the patron saint of Kildare, St Brigid

It is to the beginning of February that we can turn to for echoes of rituals which revolved around gentle teasing of the single men and women.

The tradition is one of the many folk practices surrounding the observance of the feast of St Brigid on the first day of February presented in a book, published last year, which brings the study of Irish folklore to a spectacular level.

The publication Straw, Hay and Rushes in Irish Folk Tradition is by Dr Anne O’Dowd who has spent decades studying the way meaning and substance were given to humble and practical materials which were to found in the environs of rural households. For example, Dr O’Dowd tells of how the common-or-garden rush, abundant wherever there was wet-ground, and that description applies to much of Ireland, was employed in many ways. Rushes and straw were used for bedding, for seating, for spreading on earthen floors, and for fashioning baskets and panniers.

Such uses might seem incredible to modern readers for whom everything comes in manufactured form made of highly engineered plastics and compound materials.

However, for those who cannot imagine how Irish life has changed in a matter of two generations, the author scrupulously backs up her portrayals of the crafts of the past with precise references to examples held in the folk life collection of the National Museum of Ireland as well as the records collected by folklorists who travelled Ireland in the mid-20th century harvesting the memories of those who lived in the time before electrification changed the outlook of every household.

And it is in her cataloguing of examples the various traditional objects now in museum collections that questions are prompted as to how traditions are shaped, lapsed and reinvented. For instance Klldare people might feel that they have the monopoly on St Brigid. However out of 361 St Brigid’s Crosses in the collections of the National Museum only three were sourced in Kildare – two from Kilmeague and one from Castledermot.

Almost every other county in Ireland has more with scores of examples in a variety of designs attributed to the counties west of the Shannon. And in terms of Brigidine symbolism Kildare must share Brigid with other parts – the Kildare County Council coat-of-arms features a St Brigid’s Cross but so too does the arms of Fingal County Council in north county Dublin – reflecting the diversity of locations associated with Brigid. And yet in modern times schools all over Kildare will be brimming with freshly made Brigid’s crosses.

How such a shift in the centre of gravity of a tradition takes place is testament to the fluid and ever shifting nature of tradition. The author herself advances an interesting thesis as to why the St Brigid’s Cross has made something of resurgence in the modern times. There is little enough evidence of St Brigid’s crosses being made in schools in the in the early twentieth century but folklorists have noted an upsurge in the practice from the 1960s.

The author suggests that this can be attributed to the fact that RTE in its early television days broadcast the four-armed St Brigid’s cross as its logo which appeared on programme announcements and on test cards. Further evidence of this is that the shape of the St Brigid’s cross popular now is the shape broadcast by RTE whereas, in the old traditions, crosses of very different shapes (a diamond shaped cross was most popular in the west) were made for Brigid’s feast.

According to Dr O’Dowd: “The RTÉ cross is probably also responsible, subliminally at least, for keeping the tradition of making St Brigid’s crosses as alive and vibrant as it is today.” 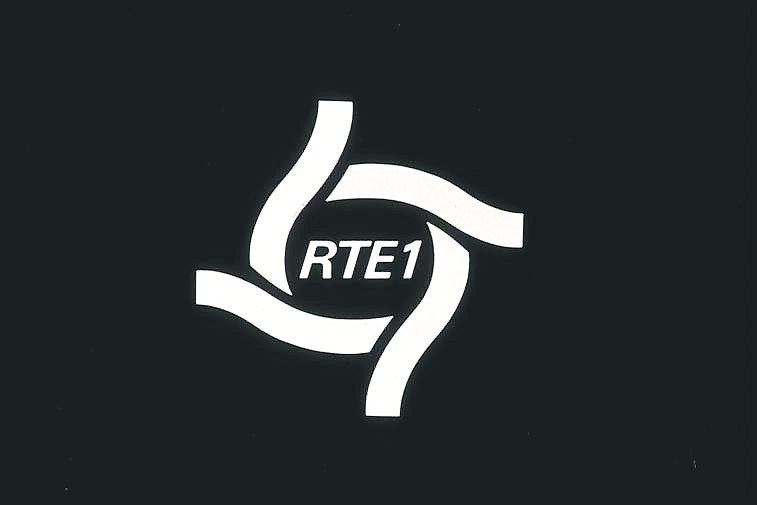 However as with all things to do with Brigid the complications don’t stop with consideration of the cross tradition. There are other Brigidine customs which carry echoes of pre-Christian practices of marking the beginning of February as a time of regrowth and fertility in the cycle of nature.

One of these was the “Brídeog” which often took the form of carrying a kind of straw doll from house to house. Dr O’Dowd asserts that the “Brídeog” the as still very active in Leinster counties, including Kildare, into the 1940s. Indeed, this writer can extend the timeframe to a more modern date with a tentative recollection of seeing children conducting the “Brideog” in Ballymore Eustace in the late 1960s.

Such youthful recollections did not absorb an angle to the custom which highlighted by Dr O’Dowd which saw the “Brideog” party visiting houses where there were eligible single girls. This in turn evolved from the association with St Brigid’s day as a marker of the coming of spring and its attendant regrowth in the natural world. The unmarried state was frowned on in bygone days and any singles who had not got their act together were reminded that the coming of spring was the time to do their bit to secure the future of the community.

Whatever about the ebb and flow of tradition the story of St Brigid’s presence in Kildare is associated with the crafting of fine liturgical metalwork and the creation of a book of striking craftsmanship and design.

The same could be said of Dr O’Dowd’s book which is a thing of beauty in terms of 21st century publishing. It extends to 560 pages perfectly typeset and solidly bound encompassing an accessible text, grounded firmly in citation and reference, and illustrated by pictures and illustrations of an Ireland which is past but very much part of what we are.

The book is published by Irish Academic Press in Sallins, Co Kildare. Brigid of Kildare herself would be proud of its high production values.