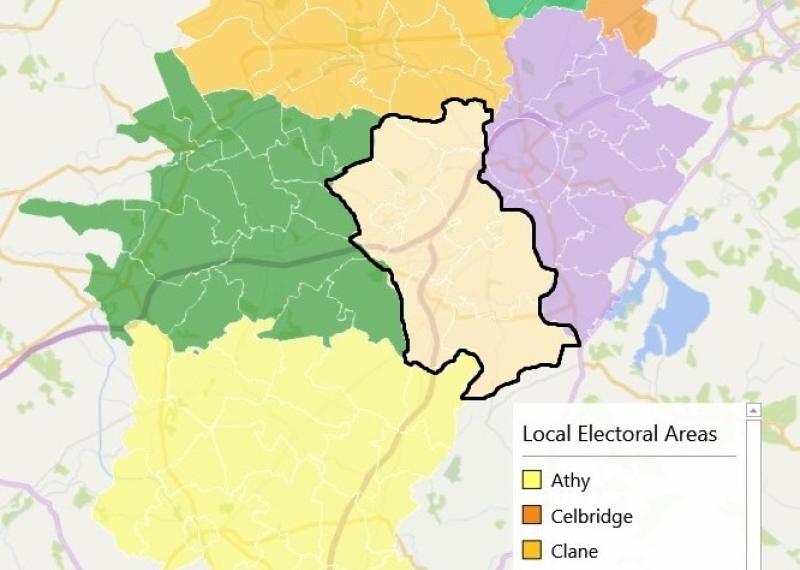 Newbridge Local Electoral Area has six seats but two and a half times as many candidates (15).

Sitting Fianna Fail county councillor Murty Aspell has been involved in politics for many years, including several spent on Newbridge Town Councillor.

Antoinette Buckley is a new candidate for Fianna Fail. She lives in Kilcullen and is Chairperson of Kilcullen Market Square Redevelopment Project.

Sinn Fein's Noel Connolly is contesting the election for the first time. He has worked in retail management and was outgoing councillor Mark Lynch's election agent.

The Green Party's candidate in this area is Enda Connolly. It is his first campaign

Gerard Delaney is an independent candidate and is the son of the late Noel Delaney, a local barber for more than 50 years and known to many for his years of dedicated work with people suffering addiction.

Tom Dempsey is contesting the election for Fine Gael. A former priest, he served on Tandridge Local Council in the UK as a member of the Conservative Party.

Noel Heavey is a new Fianna Fail candidate in the area. He worked as a teacher, and has been heavily involved in Junefest.

Morgan McCabe is a current independent councillor having been co-opted following the death of Willie Crowley.

Fiona McLoughlin Healy is an independent councillor. She was elected at the 2014 election as a member of Fine Gael but left when relations soured between them.

Damian Molyneaux is contesting the election for new party Aontú, one of two the party is putting up. He was formerly a member of Newbridge Town Council.

Tracey O'Dwyer is a new Fine Gael candidate in the area. She lives outside Brannockstown.

Peggy O'Dwyer is a new Fine Gael candidate. She is a former cancer nurse coordinator.

Ciara O'Reilly is a new candidate for Labour in this area. She works as a project  manager in architecture.

Chris Pender is one of the Social Democrats' candidates in this election. He is a local community and youth activist and is former Chairperson for Kildare LGBT

Robert Power is a son of Sean and a grandson of Paddy, both of whom served as ministers in Fianna Fail governments. He is a current sitting county councillor.