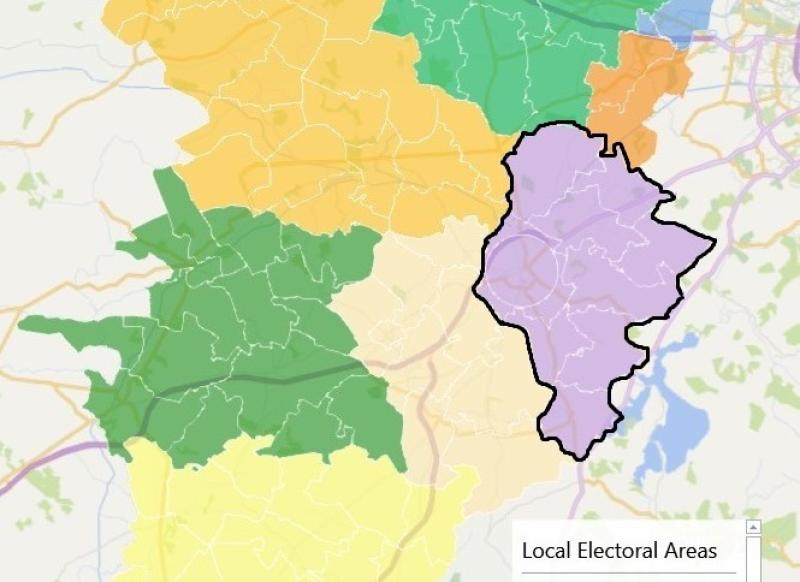 The Naas Local Electoral Area will see see 15 candidates fight it out for seven seats.

Anne Breen is one of the incumbent councillors having been first elected to the county council in 2014, although she was a member of Naas Town Council before then.

Originallly from Charlestown in Co Mayo, Fintan Brett is a current Fine Gael county councillor first elected to the council in 2014.

Labour's Fergus Carpenter is Chairman of Sallins Community Council.  He contested the 2014 election.

Bill Clear, who is a first time candidate for the Social Democrats has been active with Naas Tidy Towns and as an advocate for great cycling infrastructure.

Terence Dignan is a Fianna Fail candidate in the area. He works for an organisation that supports and advocates for children in care.

Gerard Dunne is an independent candidate who previously sat on Naas Town Council as a member of the Labour Party. He unsuccessfully contested the 2014 council election.

Niall Flynn is contesting the election as a first time candidate for Sinn Fein. He describes himself as a 'working class man, working for you'.

Carmel Kelly was co-opted to Kildare County Council following the election of fellow Sallins resident James Lawless to the Dail in February 2016.

Brian Larkin is a solicitor from Eadestown who is a first time candidate contesting for Fianna Fail.

Senior counsel and former town Vincent P Martin is a brother of Catherine Martin the Green Party TD. He has previously served on Monaghan County Council and on Carrickmacross Town Council.

Seamie Moore is an independent sitting councillor who was first elected to the county council in 2009.

Sorcha O'Neill was first elected to the council in 2014 as a Sinn Fein member but left, saying the party environment in Kildare was a  hostile place to work in.

Evie Sammon is a first time candidate for the election for Fine Gael.

Darren Scully first contested a county council election in 2004 but was elected in 2009 and has held the seat for Fine Gael ever since.