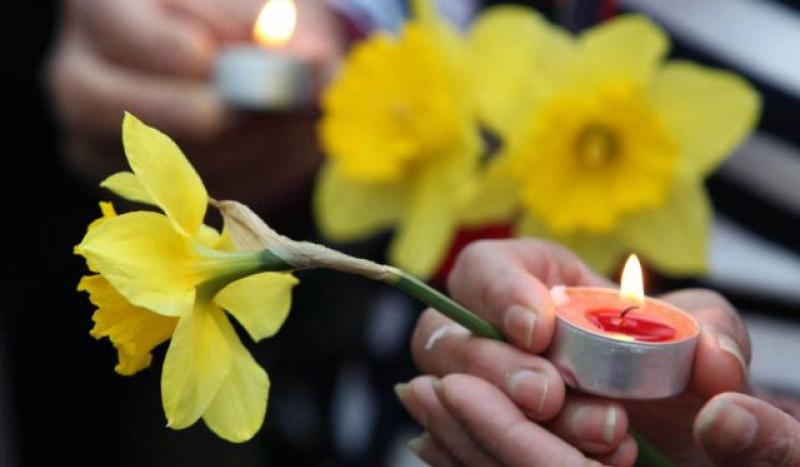 Reposing at her residence on Monday and Tuesday with Rosary on both evenings at 8pm. Removal by Rigney's Funeral Directors on Wednesday afternoon at 2.15pm to arrive at the Sacred Heart Church, Stradbally for Requiem Mass at 3pm. Burial afterwards in Oakvale Cemetery, Stradbally.

Reposing at her residence (W91V80E) on Tuesday from 3pm followed by removal at 6.30pm to arrive at St. Benignus Church, Staplestown for 7pm. Funeral Mass on Wednesday morning at 11am followed by burial in St. Corban's Cemetery, Naas.

McCall (Nee O’Byrne), (Celbridge and formerly of Suncroft, Kildare and Old Bawn, Tallaght) March 9th, 2020 (peacefully) in the loving care of the staff at Tallaght Hospital, Máire, dear mother of Réiltín, Ciarán, John and Niamh and dear sister of the late Margaret, Olive and Sean.

Reposing at her residence on Tuesday evening (10th March) from 6pm to 9pm. Removal from her residence on Wednesday morning (11th March) to St. Patrick’s Church, Celbridge for Requiem Mass at 10.00O'Clock followed by burial in Donacomper Cemetery.

Formerly of The Department of Environment. Passed away peacefully under the kind and wonderful care of the nurses and doctors in Naas Hospital. Sadly missed by his loving wife Maureen, daughters Gabrielle and Zita, son Earnán, son-in-law Tom, grandchildren Christopher and James, brothers Gabriel and Fergus, sister Brenda, relatives and friends.

Reposing at the George Mullins Funeral Home, Kilcullen Road, Naas on Wednesday from 5pm with prayers at 7pm. Removal on Thursday morning at 10.45am to arrive at The Church of The Irish Martyrs, Ballycane, Naas for Funeral Mass at 11am followed by Burial in St. Corban’s Cemetery, Naas. Family flowers only please.

May He Rest In Peace.

Funeral Service on Friday 13th at 2pm in the Garden Chapel at Mount Jerome Crematorium.

Family flowers only please. Donations, if desired, to the Samaritans.https://donate.everydayhero.com/d/8frHl_huX8CRSbTRaE66Kg/amount/ce9d9eb9-7c14-44a5-a38a-e47b4e0e67d6