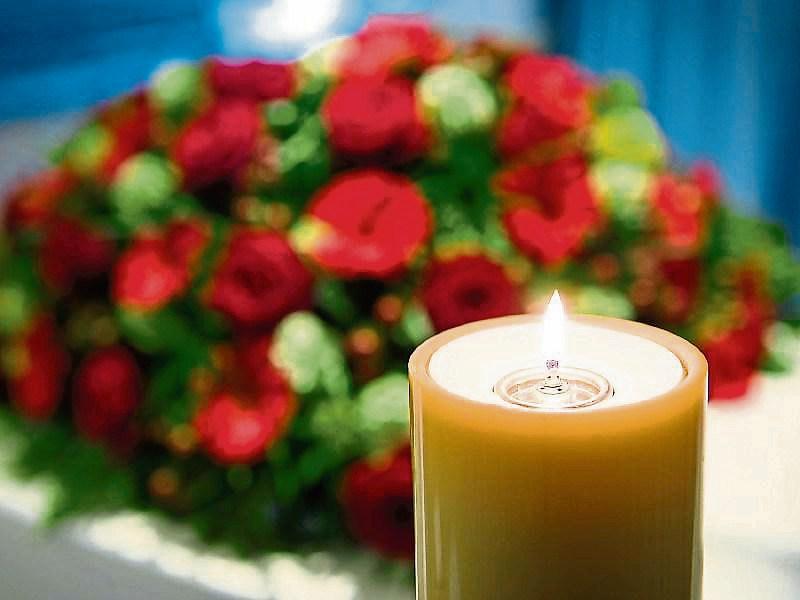 Reposing at the George Mullins Funeral Home, Kilcullen Road, Naas on Sunday from 5pm with prayers at 7pm. Removal on Monday at 10.15am to arrive at The Church of Our Lady and St. Joseph, Caragh, for Funeral Mass at 11am, followed by Burial in Caragh Cemetery.

Family flowers only. Donations, if desired, to DDAI, MDI and Children in Russia Fund.

May Anne Rest in Peace

Family flowers only please. Donations, if desired, to the Friends of Naas Hospital. Donations box in the Church.

Reposing at her daughter Sarah's residence in Shortwood (W91K1C0) on Sunday from 4pm to 8pm with prayers at 7pm. Removal on Monday at 10:30m to arrive at the Church of Our Lady & the Guardian Angels, Sallins for 11am Funeral Mass, followed by burial in Bodenstown Cemetery.

Funeral Mass on Saturday (March 7) at 11.30am in the Church of the Divine Word, Marley Grange, Rathfarnham, followed by burial at Laraghbryan Cemetery, Maynooth, Co. Kildare.

Formerly of C.I.E., Waterways Ireland and the OPW.

Peacefully at Naas Hospital surrounded by his loving family.

May John rest in peace.

Reposing at his family home from 3 pm on Thursday and from 12 midday on Friday with rosary both nights at 7 pm. Removal on Saturday at 1:15 pm to arrive at the Church of the Holy Trinity, Allen for Requiem Mass at 2 pm. Burial afterwards in the adjoining cemetery. Family flowers only. Donations, if desired, to the friends of Naas Hospital. Donations box in church.

The death has occurred of Josie Lalor
Abbeycourt, Castledermot, Kildare

MAY JOSIE REST IN PEACE

Reposing at her home from 2pm on Thursday and Friday with prayers on Friday evening at 8pm. Removal on Saturday at 10:40am to The Church Of The Assumption, Castledermot, arriving for Requiem Mass at 11am, followed by burial in Coltstown Cemetery.