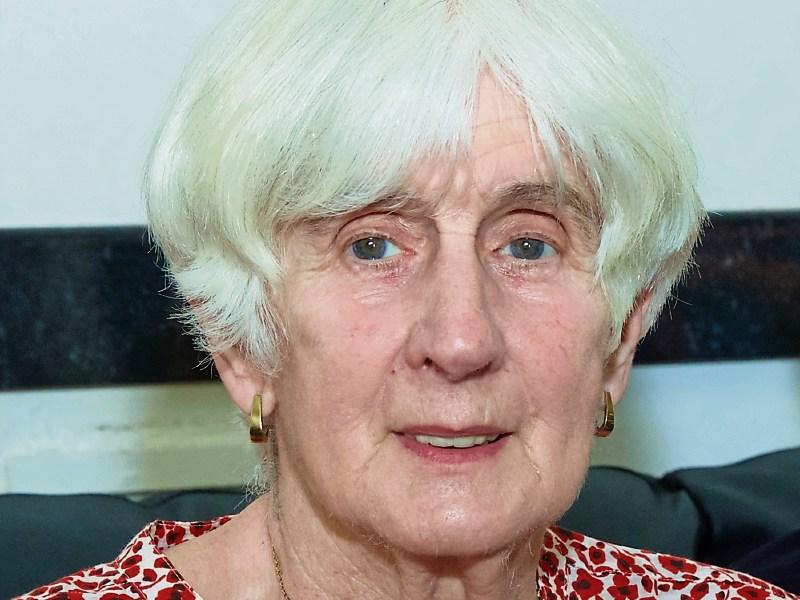 The late Una Heffernan from Clane

A native of County Antrim, Una passed away on February 27, following a short battle with illness.

At her funeral mass, her daughter, Eibhlín, spoke about her mother and her values.

Una was the eldest of ten children, five boys and five girls.

Eibhlín said Una benefited from the 1947 Education Act and did the 11 Plus exam at St Dominic’s High School, learning the Irish language in the process.

She moved to Coventry in the UK to train as a teacher at St Paul’s.

Una taught in Tallaght and then at St Brigid’s School in Celbridge.

Eibhlin said she taught a number of generations and was held in high respect.

She had a love of Irish, arts and crafts and history, and was involved in the local history group. “She had values and work ethic and she empowered her daughters,” said Eibhlin. “She made all our communion dresses.”

Retiring in 2005, Una loved to travel and enjoyed trips to the USA and Australia, among other places.

She was involved in teacher training in Marino.

Una was particularly delighted by her grandsons, Cormac and Aidan. “Her all too sudden passing has hit us hard,” said Eibhlin.

Jim and Una would have celebrated their 50th wedding anniversary in August.

She was laid to rest in Mainham Cemetery after mass last Thursday.