Where town and gown meet in Kildare 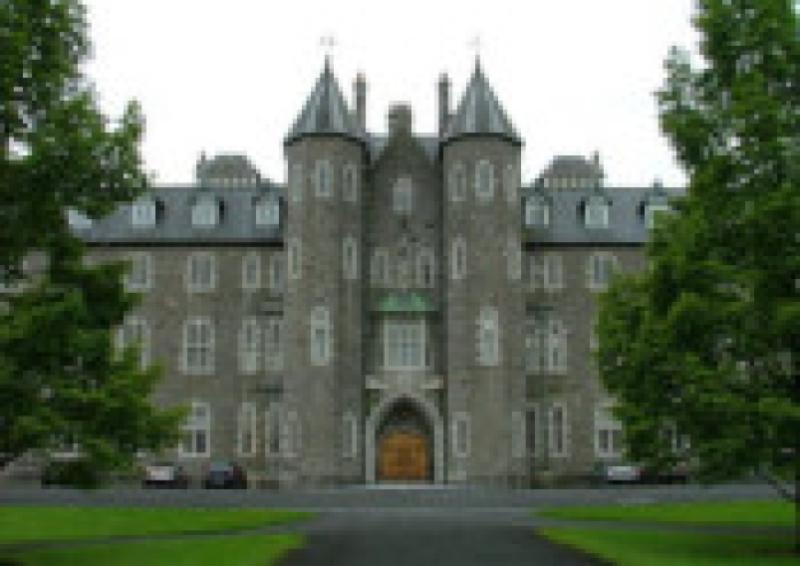 All the more reason then to make a point of visiting the College’s new visitor attraction which aims to show off Co Kildare’s best kept secret outside of the student fraternity.

Guided tours of the college are running throughout the summer months, every Tuesday, Thursday and Sunday at 2:30pm.

Crucial to any such visitor experience is the charm and knowledge of the guides. And Maynooth students score highly on both headings. Typical is NUI graduate Catherine Bergin whose sparkling commentary brings to life the dramatic circumstances of the college in its founding years.

According to Catherine: “The Duke of Leinster was particularly influential in the establishment of St Patricks Catholic college at Maynooth. The Duke’s main residence was Carton House, located just outside Maynooth village.”

Setting the context to Maynooth’s collegial history she explains that under the Duke’s direction, the search for an ideal college location came in the late 18th century to the village on the banks of the Lyreen stream.

However, the benevolence of the Duke hid a more strategic motivation behind the creation of the Catholic college. As the ideas of the French Revolution swept through the Continent, the Irish ascendancy was increasingly concerned about Irish Catholic priests leaving Ireland to seek education on foreign shores. Establishing a Catholic college in Ireland was a means by which the government sought to contain the spread of revolutionary ideas.

Nevertheless, within two years of its foundation St Patrick’s College early history was coloured with the outbreak of the 1798 rebellion. Determined to convey St Patrick’s College loyalty to the crown all students were questioned by the college authorities in relation to their political allegiance. While the majority of students were considered above suspicion, a total of ten were expelled. Evidently, the college authorities were unwavering in ensuring the survival of the college and protecting its royal status.

Despite the backdrop of political turmoil, contemporary records testify to St Patrick’s College early and continued popularity. Indeed, the early years of the college’s history were dominated by accommodation concerns for its students. These contemporary records report that the first students sold their horses on reaching the college gates. Funds raised from these sales helped students cover living expenses in Maynooth village as accommodation was scarce on campus.

The college’s original building, an imposing Georgian manor in the possession of the Duke’s steward, John Stoyte, was too small to accommodate the steadily increasing number of students. Thus, an expansion project commenced. Indeed, the college continued to expand over the coming decades. The results of this expansion were the beautiful Georgian buildings that still form the core of this historical campus. In addition, later buildings were constructed in the neo-Gothic style. The contrast between Georgian and neo-Gothic design is wonderful to behold. One of the most visually impressive aspects of the college is its architecture. The imposing neo Gothic architecture was the inspiration and work of A.W Pugin, famous architecture associated with the Houses of Parliament and Big Ben in London.

However, Pugin’s grandiose and ambitious designs ran over budget and much to his dismay, plans for the building of the college chapel were placed on hold. In fact, the college chapel was not constructed for almost another fifty years, long after Pugin’s death. It was well worth the wait as the college chapel rarely fails to awe. Equally inspiring is the fact that most Irish visitors to the Chapel have relatives who contributed to its construction. The chapel was constructed with the support of public. Contributions to the building came from nearly every parish in the country. In today’s terms, a conservative estimate places the cost of the build at approximately 25 million pounds.

Nevertheless, the students remained at the heart of St Patricks College. One of the most notable students was Nicholas Callan, inventor of the induction coil. Later, Callan taught in Maynooth and was not above testing his inventions on his students. On one occasion Callan managed to knock out a future Archbishop of Dublin! Callan’s inventions can be seen in the National Science Museum located on the grounds of St Patrick’s College.

Visiting St Patrick’s College Maynooth offers an opportunity to explore a slice of Ireland’s political and religious history and to see Silken Thomas’s yew tree, Ireland’s oldest native Irish tree, the famous College Chapel and the Bicentenary Garden. Visitors can enjoy refreshments in Pugin Hall and will also have an opportunity to visit the National Science Museum to see Callan’s celebrated inventions. The promotion of a Maynooth college as a visitor attraction is more than just something for tourists from afar. It is probably true that Kildare people do not realise the tremendous asset of having a third level college within the county boundary. Tours begin at the reception office leading to the quadrangle in its summer floral beauty.