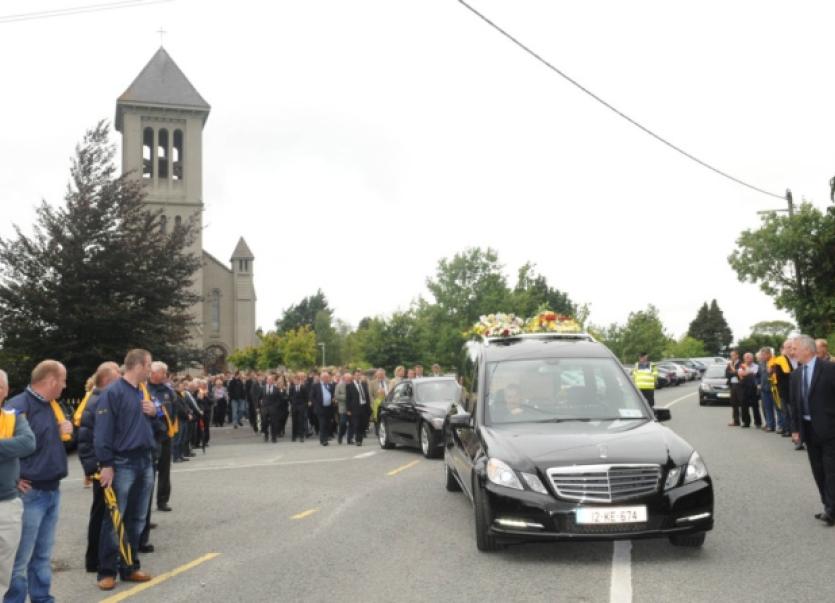 One of Kildare’s best known politicians was laid to rest on Saturday in Caragh.

One of Kildare’s best known politicians was laid to rest on Saturday in Caragh.

Former Government Minister, Paddy Power (84), passed away at his home on 14 August.

A former Caragh national school teacher, he was elected as a Fianna Fail TD for Kildare in 1969 and topped the poll in a number of elections.

He served as a Minister, including including in Defence, hitting international headlines for outspoken commnents made during the Falklands war in 1982.

Sons Sean and JJ entered politics, for Fianna Fail and the Greens respectively.

Fianna Fáil Leader Micheál Martin TD said Paddy served the people of the county with distinction and was a very astute politician and represented the people of Kildare very well over that time.

At his funeral mass in Caragh on Saturday, Fr. Kevin O’Sullivan said a week earlier, Paddy and his wife Kitty had celebrated 58 years of marriage.

He described Paddy as a deeply religious man. “He did not suffer fools gladly but if he believed in you, he would go to the ends of the earth for you.” He had a profound sense of dignity each person deserved and never became cynical. Paddy never placed himself above anyone else.”

His son, Enda, said of his father: “He was humbled and proud to represent Kildare. He was as straight as a die... sometimes very blunt. A lover of story telling, I think he could have had a career in entertainment.”

He is survived by Kitty, children J.J., Mary, Gerry, Brendan, Sean, Patsy, Tony, Enda, Rosario and Loreto, and other relatives and friends.