Manifesto: New plan to address crisis of violence against women 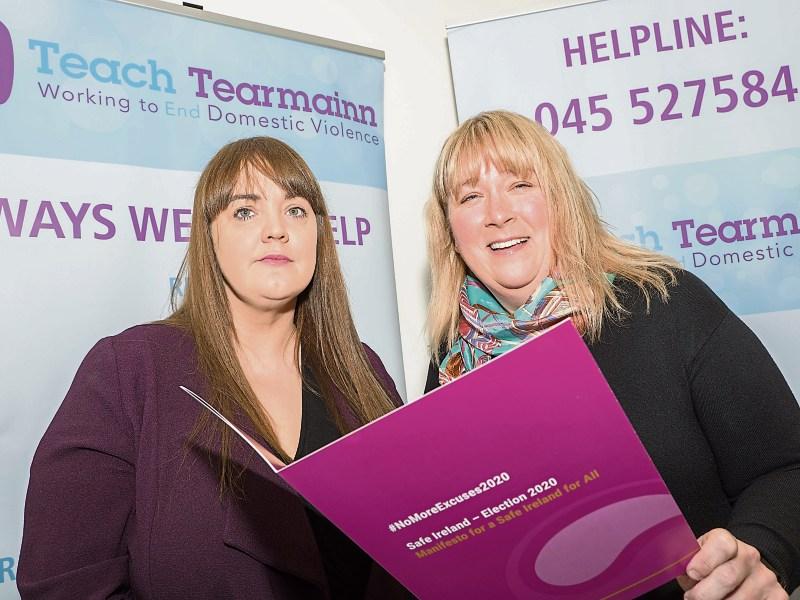 Teach Tearmainn, Kildare’s only shelter for women and children escaping domestic violence said last week it was extremely concerning that candidates and political parties had failed to address the crisis of violence against women in Kildare in the run up to the recent General Election 2020.

The shelter launched the #NoMoreExcuses2020, a National Manifesto for a Safe Ireland for All last Tuesday.

Lorraine Rowan, Manager of Teach Tearmainn, said that it was difficult to understand how such an enormous issue, affecting so many women and children, could continue to be side-lined from political conversation.

“In their lifetime, at least one in three women in Ireland will experience abuse by a male partner,” she said.

“Domestic homicides have outpaced gangland murders by almost two to one in the last three years.”

The demands for domestic violence support services are mirrored across the country. In Ireland in 2018, over 1,600 children lived in a refuge with their mothers. In the same year, there were 3,256 unmet requests for refuge because the services were full — an average of nine requests that had to be refused every day.

“It’s extremely disappointing and worrying that this issue, which effects so many women and children in our own county, doesn’t seem to even feature as we head closer to the polls,” said Lorraine Rowan.

“But we continue to ignore this issue at our peril,” she continued. “A significant root cause of violence in our society is the knock-on effect of the extensive violence that happens in our homes.”

“We have seen all political parties commit to addressing endemic social problems like homelessness, the health crisis, and violence in the streets. But, nobody is joining the dots, and acknowledging that actually, what we need to do first and foremost is make our homes safe and equal and end the gender-bias that feeds and excuses gender-based violence.”

The manifesto also calls for increased funding, capacity and training for the overloaded services, like Teach Tearmainn that respond to women first. It also highlights the intrinsic link between homelessness and domestic violence. Domestic abuse is the leading cause of homelessness for women and children.