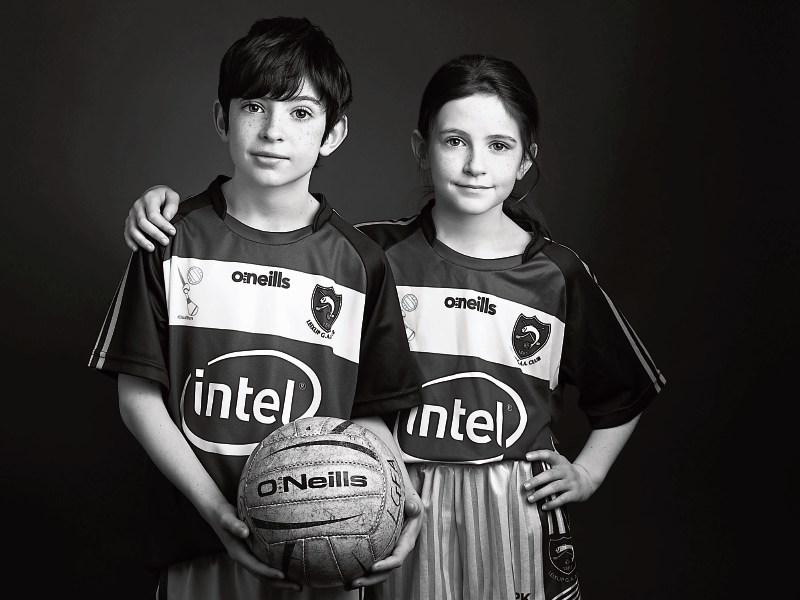 Cormac and Isabelle Keane, both aged 9, from Leixlip GAA club

Cormac and Isabelle Keane, both aged 9, from Leixlip GAA club in Kildare were just two of a number photographed for the series.

Intel rewarded 249 community organisations and schools from across Ireland with €912,684 in 2018.

In 2018 Intel employees volunteered just over 102,000 hours that were eligible to be matched through this initiative.

The photographs, which were taken by portrait photographer Nicola Webster, capture the diversity of community organisations at which Intel employees volunteer and highlight the range of important services and actives provided by schools and non-profit organisations across Ireland.

The images were proudly displayed at the recent matching grant celebration where employees were recognised for their volunteer efforts at a special event held recently at the Springfield Hotel in Leixlip which was attended by Minister for Business, Enterprise and Innovation, Heather Humphreys TD, Mayor of Kildare Seán Power, Intel Ireland General Manager Eamonn Sinnott and a number of representatives from each of the recipient organisations.