Plans for new Shackleton museum on display in Athy library

Submissions due next month 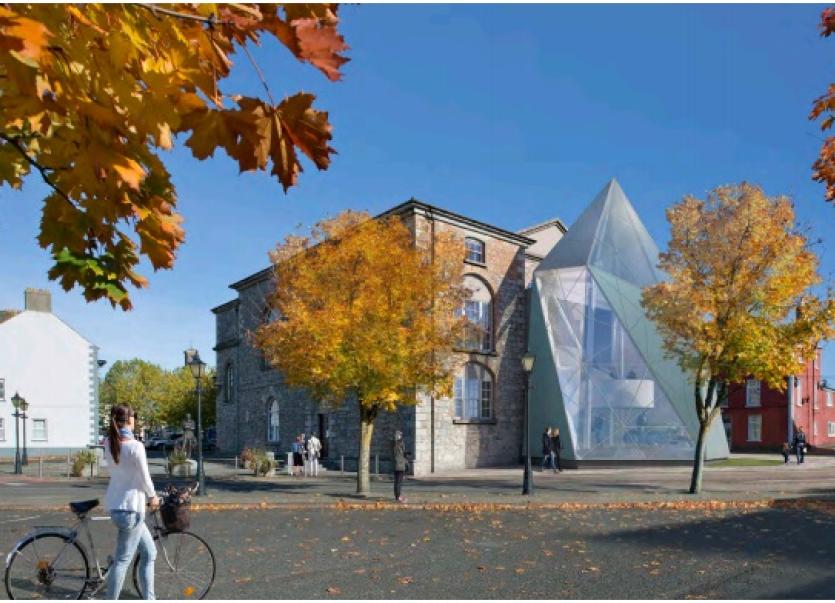 Artist mock up of the new museum

The plans for the proposed new Ernest Shackleton Centre in Athy are on display at the library and all submissions are due before March, 12, 2019 at 4pm.

The proposed development will consist of the refurbishment of the Athy Heritage Centre in Emily Square which is a protected structure.

There is provision for a two-storey contemporary glass and steel clad extension to the rear of the building and the removal of the 1980’s access ramp and steps to entrance at the West façade and replacement with new stone steps. There will also be a complete internal redecoration and new internal openings to allow improved circulation within the building and the replacement of existing signage.

The plans also include the removal of 8  parking spaces to the rear of the building (Barrow Quay), the provision of hard landscaping surrounding the new extension and associated site works.

Meanwhile a total of €2.7 million from the Rural Regeneration and Development Fund under Project Ireland 2040 was announced recently for projects in Athy including the regeneration of Emily Square and the Ernest Shackleton Centre.