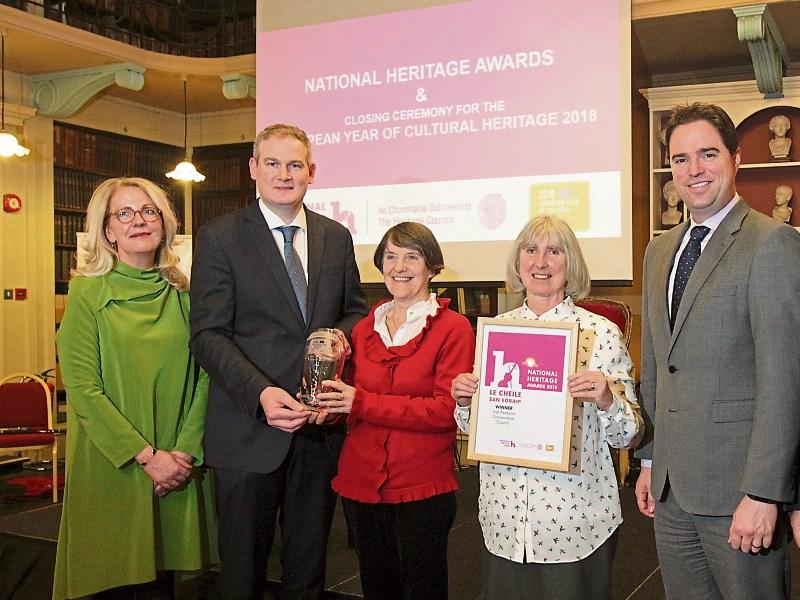 The dedication of a Kildare organisation to the preservation and promotion of the county’s heritage was recognised on Wednesday, February 6, 2019 at the National Heritage Awards 2018 and closing ceremony for the European Year of Cultural Heritage 2018.

The Irish Peatland Conservation Council at Lullymore in Rathangan won a Le Cheile san Eoraip Award - a special category added as part of the European Year of Cultural Heritage 2018 that encouraged event organisers to explore Ireland’s heritage connections with other places in Europe Its event, ‘Peat Crossing Borderlines’ shared the Dutch-Irish ‘Save the Bog Story’ and built awareness of the importance of Ireland's peatlands at a European level. It strengthened the connection between Ireland and the Netherlands and the countries shared passion for conserving Irish peatlands.

The special event at the Royal Irish Academy was attended by Minister of State at the Department of Culture, Heritage and the Gaeltacht, Seán Kyne TD and presented by RTÉ broadcaster, Mary Kennedy.

Close to 700 nominations were received across five categories in 2018.

Speaking at the awards, Minister Kyne said: "The fantastic projects recognised with the Le Chéile san Eoraip Award today demonstrate how far-reaching our heritage is, reminding us of our enduring ties with our European neighbours.”

SEE ALSO:   Watch out for Storm Erik on its way tomorrow