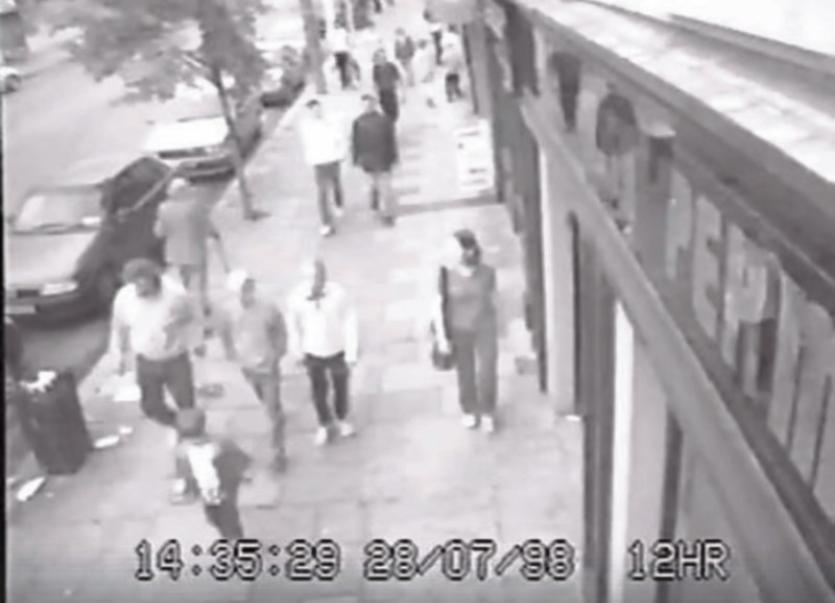 CCTV still from the day the Newbridge teenager disappeared

The father of missing Newbridge teenager Deirdre Jacob has said enhanced CCTV footage from the day his daughter disappeared on July 28, 1998 will make images clearer of people who walked down the street or drove through the area.

“It will identify more people in the area from that day,” said Michael Jacob.

“Garda can then approach them for statements in the hope that they identify something out of the ordinary in town that day.”

The footage will also focus on the days leading up to and shortly after the student teacher’s disappearance.

“The enhancement of the footage may well make other images clearer such as cars in and around the area that day,” he explained.

“The important thing is that the investigation follows a number of lines of inquiry and not just one individual in particular.”

The Jacob family has always stressed the need for members of the public to keep an open mind with respect to the investigation, despite the speculation that a well-known convicted rapist was rumoured to be involved in her disappearance.

CCTV footage shows the 18-year-old student teacher walking near the post office and up main street in Newbridge while on a number of errands on the day she disappeared, July 28, 1998.

“Deirdre was picked up on four cameras, three of these picked her up twice,” Mr Jacob added.

“They were rolling all the time, and picked up a lot of pedestrian traffic and vehicles passing through the area before and after Deirdre was in town that day.

“Gardaí are following a number of lines of inquiry. We are appealing to anyone there that day to come forward.

“This closer look at those images may help in that way. If people are identified that in itself may remind them of what was happening in Newbridge on the day.”

Meanwhile RTE’s Prime Time will focus on Deirdre’s disappearance this Thursday at 9.30 pm with interviews from her friends as part of a renewed appeal for information regarding her disappearance.