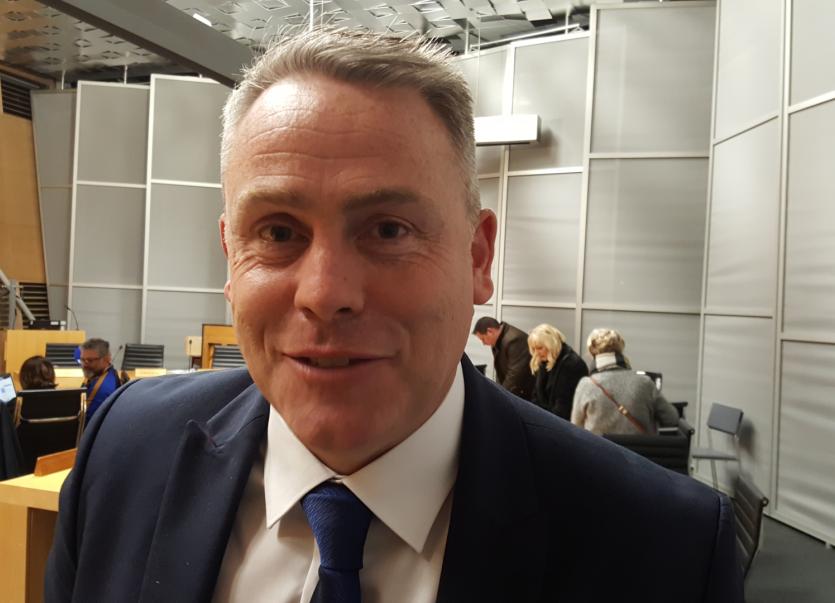 Brian Dooley (FF) has been co-opted to a seat on Kildare County Council at the recent KCC meeting, which was held on Monday, November 26.

He will take the seat left vacant by former Athy Municipal District Cllr Mark Dalton who resigned last month, saying he was moving into a new job.

Brian is from Athy and lives on the Castledermot Road. He is married to Michelle and they have three children, Kate (16), Sarah (13) and Jack (12). Speaking to the Leader he said he is looking forward to the new challenge.

"I ran for the local elections back in 2009 and missed it by two or three votes," said Brian. "Then due to the circumstances that came up [ Cllr Mark D'Alton's resignation] the seat came up for co-option. I am heavily involved in the Lions Club, Athy GAA and the Athy triathlon. I also sing in the choir at 12pm mass every Sunday. There are quite a few challenges in Athy such as the closure of the Athy International Concentrate plant (Coca-Cola) which despite being fully profitable is moving elsewhere. We need to get employers back in the town and help businesses in Athy. There are also a lot of social issues here in Athy which need to be addressed. Sport is a huge outlet in my opinion and something everyone can turn to."

SEE ALSO: WATCH: Christmas shoppers getting into the spirit at Kildare Village