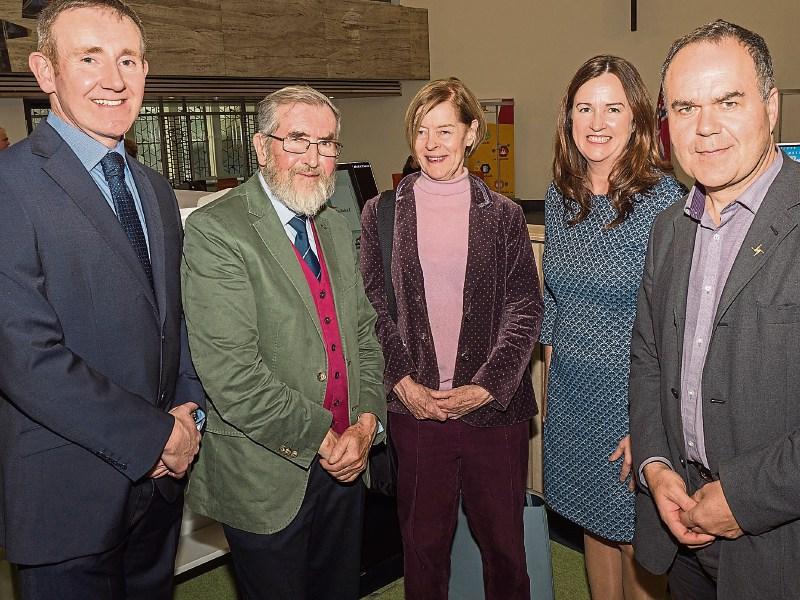 The board of the Oslo Museum traveled to Athy at the weekend for the Shackleton Autumn School.

Directors of The Fram Museum, which is tells the story of polar exploration, gathered at the 18th annual Ernest Shackleton Autumn School, which took place at the Athy Heritage Centre Museum from Friday to Monday last.

The Autumn School, which was opened by the Norwegian Ambassador to Ireland, Her Excellency, Else Berit Eikeland, commemorates the achievements of Kilkea-born 20th century explorer Shackleton.

Shackleton’s 1914-16 Endurance Expedition to the Antarctic is regarded as one of the epic stories of human survival.

The Autumn School featured lectures and tours centred on the life and achievements of Shackleton, an exhibition, film show, sculpture class, and the launch of, ‘The Spectral Arctic: A History of Ghosts and Dreams in Polar Exploration’, a book by Shane McCorristine.

“We hope the experiences of the board of the famous Fram Museum will serve as a calling card for Kildare,” said Aine Mangan, CEO, Kildare Fáilte.

“We are very conscious of the role that the memory and achievements of Ernest Shackleton can play in developing the visitor offering in Kildare.

“Also, our county offers wonderful opportunities for corporate gatherings such as these, and we hope that this event will further build on Kildare’s relationship with the Fram Museum.

“We are grateful that the Board of the Fram Museum travelled to spend time commemorating Shackleton and exploring and enjoying a wealth of Kildare experiences.”