Over 200 turn out for Kildare Derby Festival Community Awards night

Paul Robinson is Person of the Year 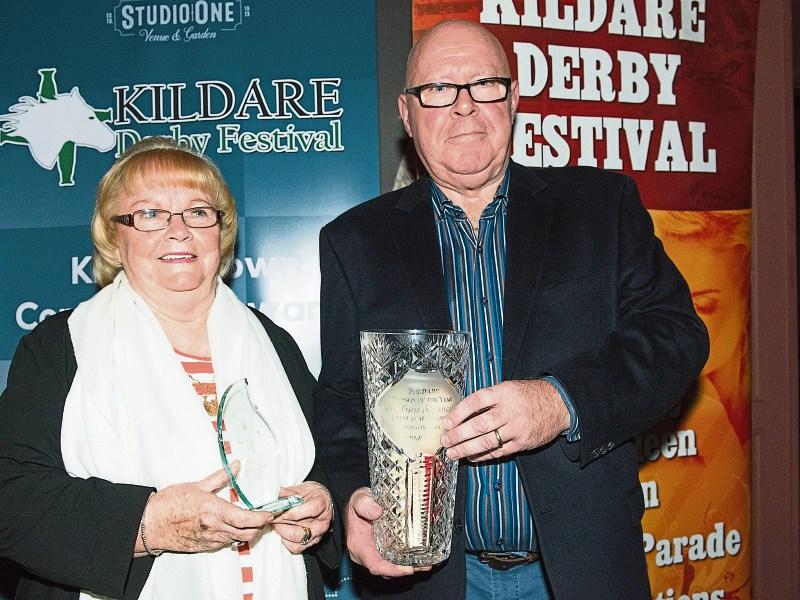 The Person of the Year Award went to Paul Robinson pictured above with Dora Leavy who sponsors the trophy Pic: MARTIN CONNELLY

The Kildare Derby Festival Community Awards night was held in Kildare town on Friday, October 5 to recognise local unsung heroes in the community.

Organiser Ollie Kearns said it was a great night and there was full house on the night.

He praised the committee for all their efforts in putting the event together.

The Person of the Year Title this year went to Paul Robinson for his great efforts with Daffodil Day fundraiser for the Irish Cancer Society.

"The Lifetime achievement award went to Tom Madden for his sporting and academic work, and to Peter O’Neill for his involvement in the local community games and twinning."

The Entertainment Award went to the Kildare Drama Festival and the Pride of Kildare Award went to Kildare Town Tidy Towns Committee.

The Community Service Award went to Kildare Town First Responders while the Group Organisation Award went to the 4 Peaks Challenge 2018 and Runners-Up were Cill Dara Wranglers.

The Youth Award went to Caitlyn McGannon and Katie O’Keefe.