Delayed personnel to receive a €1,000 payment 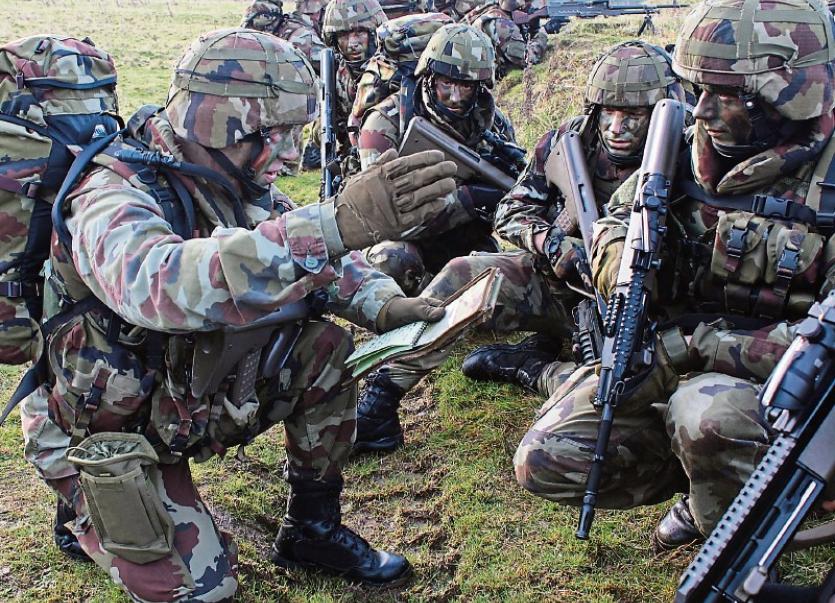 Six Defence Force personnel from Kildare are with the 57th Infantry Group delayed for an extra two weeks in Syria while on a UN mission.

The troops were serving with the UN on the Golan Heights and Syria have been delayed returning home because of an issue in relation to their diplomatic clearance on Monday morning, October 1. They were due home yesterday (Tuesday) and are currently staying in Camp Faouar in Syria.

A total of 119 personnel were due to return home as part of the UNDOF rotation on Tuesday but will be delayed for another two weeks, until Tuesday, October 16 next.

This also means that men and women with the 58th Infantry Group who were due simultaneously to rotate with them have been grounded. They are now stuck in Ireland having completed training and said their family farewells.

According to the Minister for Defence Paul Kehoe TD every effort was made to address this by the Department of Defence and the Department of Foreign Affairs, but the issue could not be resolved within the time necessary to allow the rotation to be completed on schedule on Tuesday.

“I can assure Deputies that allowances due to personnel while they are serving overseas will continue to be paid and that their 30 day post deployment leave entitlements will only commence from when they return,” Minister Kehoe said.

“Additionally, I have taken a decision that the personnel delayed in returning home are to receive a €1,000 ex gratia payment in recognition of the disruption caused to them and their families. As soon as this was known, the personnel and their families were contacted and advised of the issue and the postponement of the rotation.”

Rotation of contingents is coordinated across the UNDOF mission so as to maintain appropriate forces on the ground in support of the mission.  In addition, rotation flights through Beirut are confined to certain days and times.

"As such, there are limited windows during which we can rotate the Defence Forces contingent. Given these constraints, the timelines necessary to secure diplomatic clearances, and the primacy of ensuring a safe and secure transit through Syria and Lebanon for the rotating contingents, it is now planned to rotate the contingents on Monday, 15 October, 2018. Every effort possible is being made right across the Defence Organisation, the Department of Foreign Affairs and Trade, and our embassy in Cairo to address this issue and ensure the safe and secure return of our personnel as soon as possible.”

The delay has been criticised by the Permanent Defence Force Other Ranks Representative Association.

“Families have planned holidays, confirmations, birthday parties and other events, all based on our troops coming back when it was said they would be back,” said a spokesperson.