Kildare Intel employees take to their bikes and raise €16,000 for charity 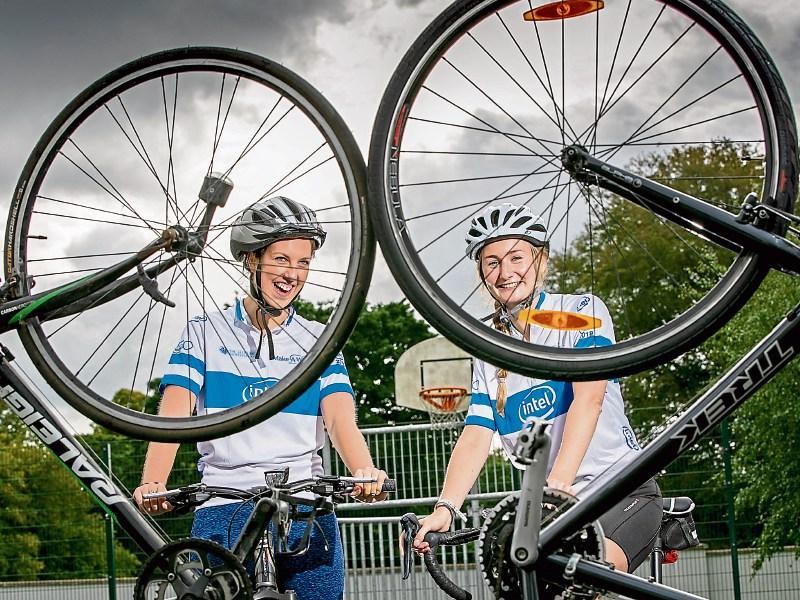 Lisa Sherin and Ruth Quinn pictured at the annual Intel Charity Cycle which this year took place in aid of the Alzheimer Society of Ireland and Make a Wish Ireland.

A total of 165 Intel employees based in Kildare took on a charity cycle in support of 2018 Intel signature charities Make a Wish and The Alzheimer Society of Ireland recently.

In its ninth year, Intel hosted their annual Charity Cycle on Friday 7 September 2018. All money raised by the event will go towards Intel’s signature charities – The Alzheimer Society of Ireland and Make-a-Wish Ireland.

Each year, Intel Ireland selects two signature charities – giving all at Intel the opportunity to centralise their efforts by offering volunteer time and in turn, the charities will receive donated funds. For 2018, Intel Ireland choose The Alzheimer Society or Ireland and Make a Wish Ireland. And over the course of the year Intel hosted a number of events such as a Lip Sync Battle, Colour Run and a Bake Sale.

In the annual Charity Cycle, participating employees took on the challenge of tackling routes of either 50km, 80km or 160km.

Employees left the Intel Ireland campus in Leixlip before taking on various parts of Kildare, Meath and Wicklow. Each of the routes factored in a lunch at Summerhill Community Centre in Co. Meath – were staff welcomed Intel cyclists and crew. During the well-deserved lunch, employees got the chance to hear from both Signature Charities, reminding Intel and its employees why they are carrying out their good work and the positive impact both Intel and the charities are having.

Employees, in their memorable blue jerseys set off for the final stretch of the challenge, passing through villages such as Kilcock and Moynalvey. Both cyclists and volunteers were lucky with the weather, with the rain staying away for the duration of the event.

In total, 200 employees took part in the event, either as a cyclist or a marshal taking to the roads to offer support and ensure the safety of the event. As per previous years, there was an overwhelming positive response to the event, with €16,000 raised for the signature charities. The total amount of monies raised by Intel’s charitable events will be donated to both signature charities.