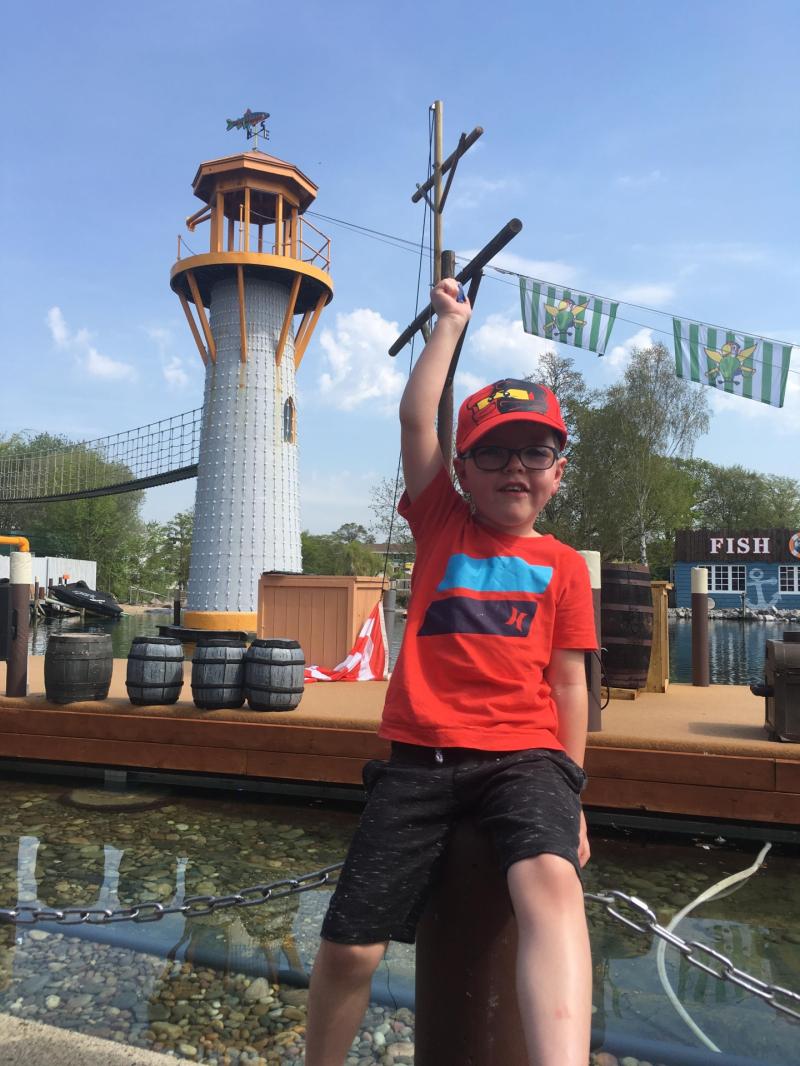 Pictured is David in Legoland wearing his much-loved glasses during his adventure of a lifetime.

Kildare's young David McDonough, winner of Specsavers’ Kids Spectacle Wearer of the Year Award, has just returned from his prize trip to Legoland where he celebrated his big win with his family.

The Maynooth youngster beat off stiff competition from hundreds of entries following Specsavers nationwide search to find Ireland’s most deserving winner. As his prize, David won a memorable and exciting trip to Legoland Windsor, staying for two nights in the renowned Legoland Hotel, for himself and his family.

Speaking about their recent adventure, David’s mum Jenni said: ‘We had an absolutely fantastic family trip where we were able to create memories which we will all cherish forever. We are still so proud of David for how he loves his glasses and continuously encourages his little sister to do so too. It is great that a company like Specsavers created an award like this in order to champion kids and remove the unnecessary stigmas associated with wearing frames .’

Late last year, Specsavers introduced the Kids Spectacle Wearer of the Year Award in order to celebrate young Irish kids who wear their glasses with pride, to help remove any stigma to needing specs. The award was launched by Irish international and Connacht rugby player Kieran Marmion.

The title of Specsavers’ Kids Spectacle Wearer of the Year Award 2017 was awarded to five-year-old David. David’s entry resonated with the judges, as he encourages his younger sister Robyn to love and wear her frames, since being prescribed them earlier in the year. David’s genuine love for his specs, describing them as his ‘windows through which he sees his adventures’, embodies the competition’s ethos perfectly.