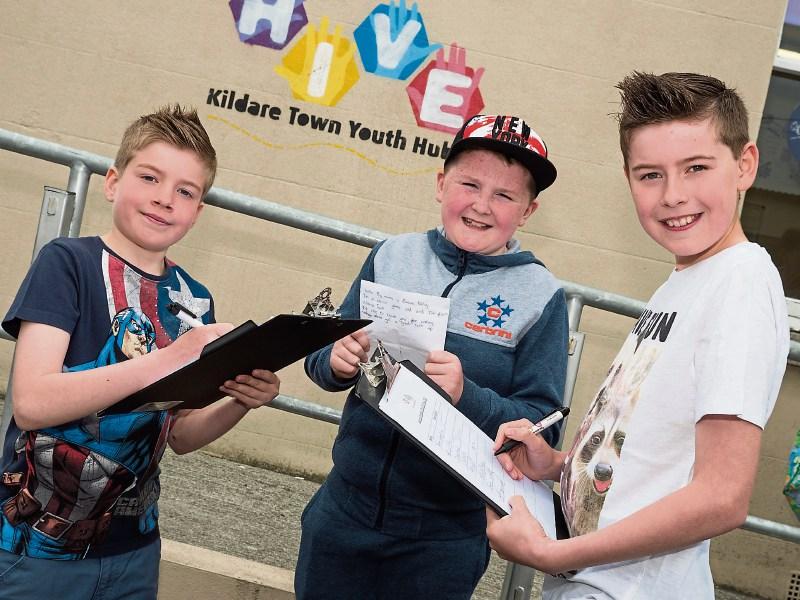 The first Strategic Plan of the Hive Youth Hub in Kildare Town was launched by Martin Miley, Mayor of Kildare on Thursday evening 24 May.

The launch was very well attended by young people, parents, the local community, an Garda Siochana, local businesses, The Hive’s board members, agencies and politicians.

The Hive’s Manager, Lynne O’Connor spoke about how the plan is based on a consultation that she undertook with local young people, voluntaryand statutory agencies and the local community themselves.

"The Hive shows the value of the youth work approach through working in partnership with young people as was evidenced in then role that young people played in all aspects of the launch today," she said.

Cllr Miley outlined in his speech that currently Kildare has the highest youth population under the age of 24 in the country.

"This alone shows that there will be an increasing need and demand for provision for young people in coming years."

The Hive has been running successfully as a youth space for the past 3 years and is continuing to build on this with a number of new activities and programmes taking place from a variety of organisations and groups such as Kildare Youth Services, Foroige, Bank of Ireland, Mojo Kildare and County Kildare LEADER Partnership.

There are also many activities facilitated by the Hive for the younger age groups such as art, drama, the slime club, movie nights, and the Hive’s very own music group which played at the launch. Young people who signed and sang at the launch are setting up their own club called ‘Let’s sign for Summer’.

A number of young people spoke about their own experiences of attending activities, programmes and the Youth Cafe in the Hive and the positive impact it has had on their lives.

Lynne thanked Kildare County Council, Tusla, 4 Peaks Challenge, Kildare Credit Union, SWRDATF, Bank of Ireland, Tesco, Kildare Village and Kildare Tidy Towns for their support and all the volunteers who work tirelessly at the Hive. Lynne also thanked the Silken Thomas for providing refreshments at the launch and other previous events.