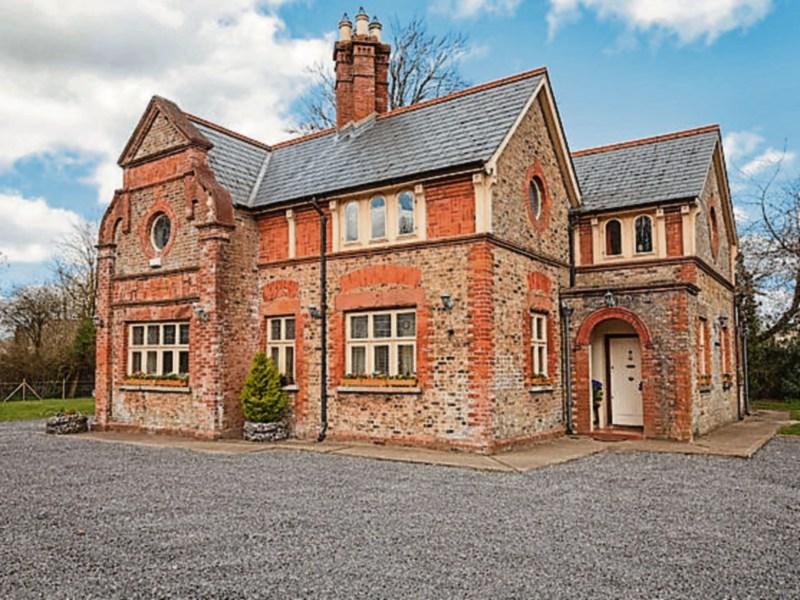 An historic red brick period property designed by the famous architect William Chambers in 1882, is up for sale in Monasterevin with a guide price of €520,000.

This house was built for the groom on Lord Drogheda's estate and was then known as Grooms Cottage. It was described as 'a pleasing picture as one enters the town of Monasterevin'. This protected structure is listed in The National Inventory of Architectural heritage.

Now known as The Ranch, it was tastefully and sensitively renovated in 2004, to regain its former charm and elegance. It has been re roofed with natural slate, insulated, re wired and plumbed. It has hardwood windows throughout, including sash windows, in keeping with its Victorian period origin.

The family home is described as 'exuding charm and elegance both inside and out'. The property is positioned on a site of 0.5 acres (approx.) of mature lawns and trees.

The house is approached through a sliding electronic gate flanked by red brick pillars and pebbled driveway. There is beech hedging with post and rail fencing to the front. It has ample and secure parking.

The Ranch is described as being “uniquely beautiful and is a fine example of polychromatic architecture. It is built of red and yellow brick some of which were imported, and so typical of the Victorian era. Its external design with its richly ornamented Dutch gable and its rare oculus windows surrounded by red brick makes a very attractive feature facing the street. It has timber eaves and bargeboards and some of the windows have illuminated panels. The red brick profiled chimney stacks along with all the other outstanding features ensures this house has considerable architectural merit. Its night lighting with many lanterns attached to the walls, ensures it is visually prominent, even at night and a truly historical gem.”